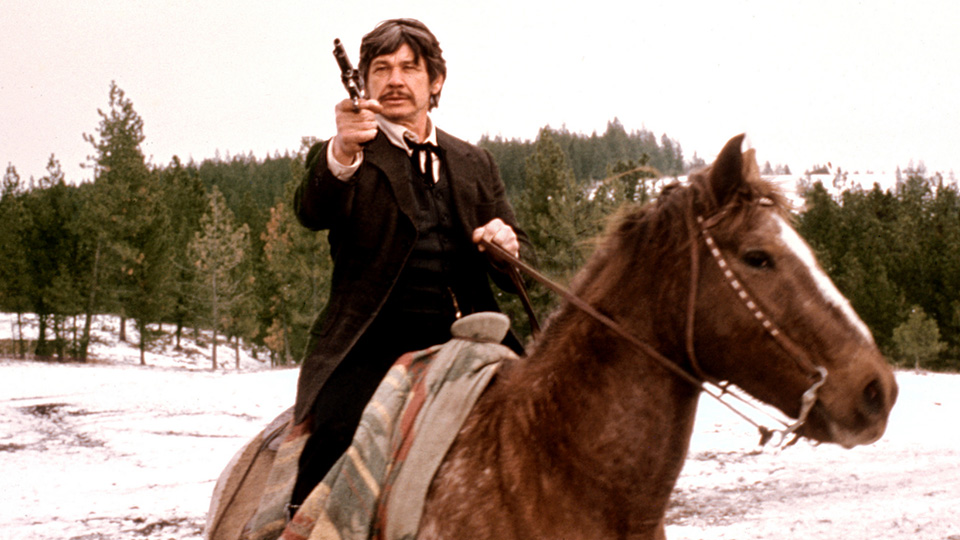 Eureka Entertainment to release Breakheart Pass, an exhilarating murder-mystery western starring Charles Bronson, for the first time on Blu-ray in the UK, in a Dual Format (Blu-ray & DVD) edition on 14 May 2018.

An action-packed mystery western based on the best-selling novel by Alistair MacLean (The Guns of Navarone, Ice Station Zebra, Where Eagles Dare), Breakheart Pass throws open the throttle for runaway excitement!

At the height of the frontier era, a locomotive races through the Rocky Mountains on a classified mission to a remote Army post. But one by one, the passengers are being murdered. Their only hope is John Deakin (Charles Bronson, Hard Times, The Magnificent Seven), a mysterious prisoner-in-transit who must fight for his life – and the lives of everyone on the train – as he uncovers a deadly secret that explodes in a torrent of shocking revelations, explosive brawls and blazing gun battles.

With a rousing score by Jerry Goldsmith and a powerful supporting cast that includes Ben Johnson (The Last Picture Show), Richard Crenna (First Blood) and Jill Ireland (Hard Times), Eureka Classics is proud to present Breakheart Pass for the first time on Blu-ray in the UK in a special Dual Format edition.

Breakheart Pass, an exhilarating murder-mystery western starring Charles Bronson, is available now for the first time on Blu-ray in the UK, in a Dual Format (Blu-ray & DVD) edition and can be purchased here http://amzn.to/2I91ByQ

To celebrate the release of Breakheart Pass we’ve got 3 copies on Dual Format to give away! Enter below….