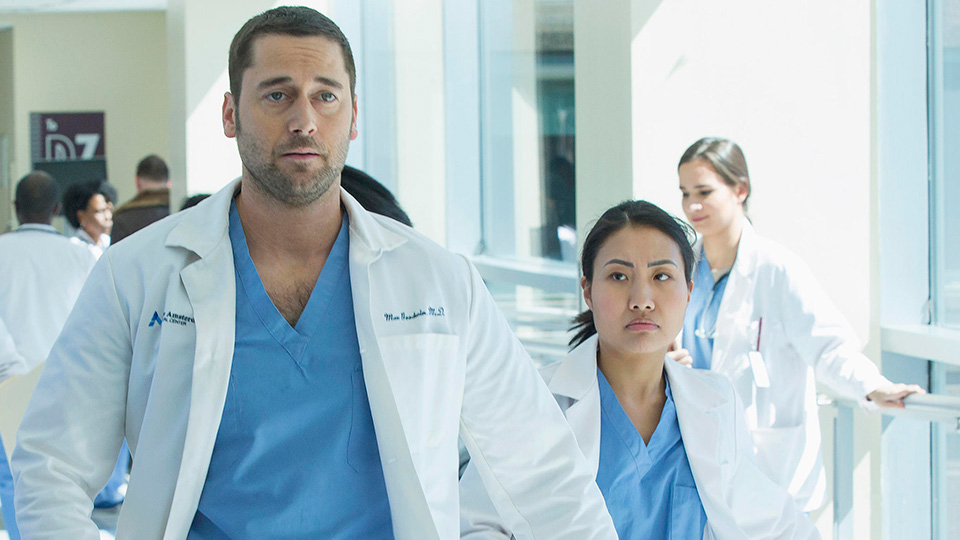 Ryan Eggold may have breathed his last breath as Tom Keen in The Blacklist this season but he’s wasted no time landing his own show with medical drama New Amsterdam.

Starring as brilliant medical director Dr. Max Goowdin, Eggold will be seen alongside Freema Agyeman (Doctor Who) as Dr. Hana Sharpe, Janet Montgomery (This Is Us) as Dr. Laura Bloom, Jocko Sims (The Last Ship) as Dr. Floyd Pearson, Anupam Kher (Bend It Like Beckham) as Dr. Anil Kapoor, and Tyler Labine (Tucker & Dale vs Evil) as Dr. Iggy Frome.

Prior to New Amsterdam Eggold was best-known for his roles in 90210 and The Blacklist. He had his own spin-off series from The Blacklist titled The Blacklist: Redemption, which was cancelled after one series.

New Amsterdam is based on Twelve Patients: Life and Death at Bellevue Hospital by Eric Manheimer and has been developed by David Schulner (Emerald City). The show was originally going to be called Bellevue.

The synopsis for New Amsterdam is:

Dr. Max Goodwin is brilliant, charming – and the new medical director at America’s oldest public hospital. While he’s set on tearing down the bureaucracy to provide exceptional care, the doctors and staff are not so sure. They’ve heard this before, and no one else has delivered on those promises. Not taking “no” for an answer, Max disrupts the status quo and proves he will stop at nothing to breathe new life into this understaffed, underfunded and under-appreciated hospital – the only one in the world capable of treating Ebola patients, prisoners from Rikers Island and the president of the United States all under one roof – and return it to the glory that put it on the map. Inspired by Bellevue in New York City.

New Amsterdam will premiere this autumn on NBC in the US. A UK home for the show has yet to be announced.