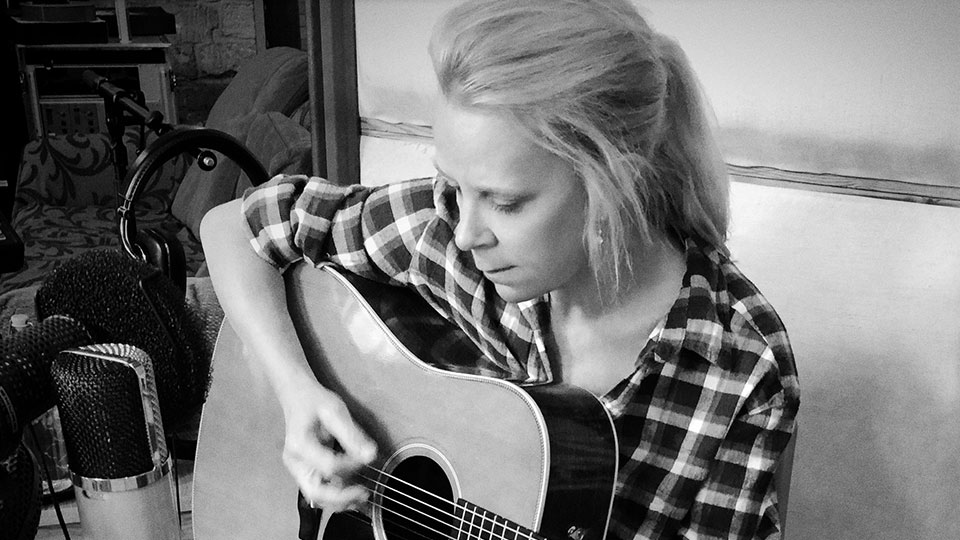 Singer-songwriter Mary Chapin Carpenter has been in the music industry for over 30 years and over that time she’s released 13 studio albums, including her latest Sometimes Just the Sky. Working with producer Ethan Johns (Ryan Adams, Paul McCartney), Carpenter has selected one song from each of her previous 12 studio albums and reimagined them for this new collection. The collection features one new song, the title track, and is a celebration of Carpenter’s longevity and catalogue of music.

What’s interesting about Sometimes Just the Sky is that Carpenter hasn’t necessarily picked the most obvious tracks from her catalogue. The album opens with Heroes and Heroines, the closing track from her debut album Hometown Girl, which was released in 1987. In some ways that makes the collection more accessible for those who may not be as familiar with her catalogue while at the same time appealing to her long-time fans who will be keen to hear these new versions.

Carpenter collaborated with guitarist Duke Levine on the songs along with a band of musicians handpicked by producer Johns. Rather than attempt to purely record new versions of these songs, Carpenter has spent time pulling out different elements of each song to make them significantly different, whether that be shifting the focus from one instrument to another, changing the tempo or just singing it differently, with a voice that’s able to convey more experience and life than ever before.

The songs here were also recorded live and that benefits them. I Have a Need For Solitude, originally from 2010’s album The Age of Miracles, has a more intimate feeling for this version with Carpenter’s vocal sounding fantastic. It’s a little more organic during the instrumental parts too. Elsewhere Jericho, from 2012’s Ashes and Roses, is transformed from a piano ballad to an acoustic driven moment and The Moon and St. Christopher from 1990’s Shooting Straight in the Dark has a darker more contemplative feel than it did originally.

New track Sometimes Just the Sky closes the album and it fits in nicely. If you didn’t know it was a new song, you’d be forgiven for thinking it had appeared on one of Carpenter’s previous records. The standout moment for me comes on Naked to the Eye, which originally featured on 1996’s A Place in the World. For this new version it features a striking fiddle melody, a stomping beat and is one of the more uptempo moments on the record.

Sometimes Just the Sky is an interesting project and it’s one that I would say is more likely to hit with casual listeners of Carpenter’s work. Often when you become so familiar with a song it can be hard to listen to new versions of them, without just wishing you were listening to the original. This album is interesting and engaging, if not a little samey in places, and it’s a timely reminder of just what an impact Carpenter has had in music over the past 30 years.

Advertisement. Scroll to continue reading.
In this article:Mary Chapin Carpenter