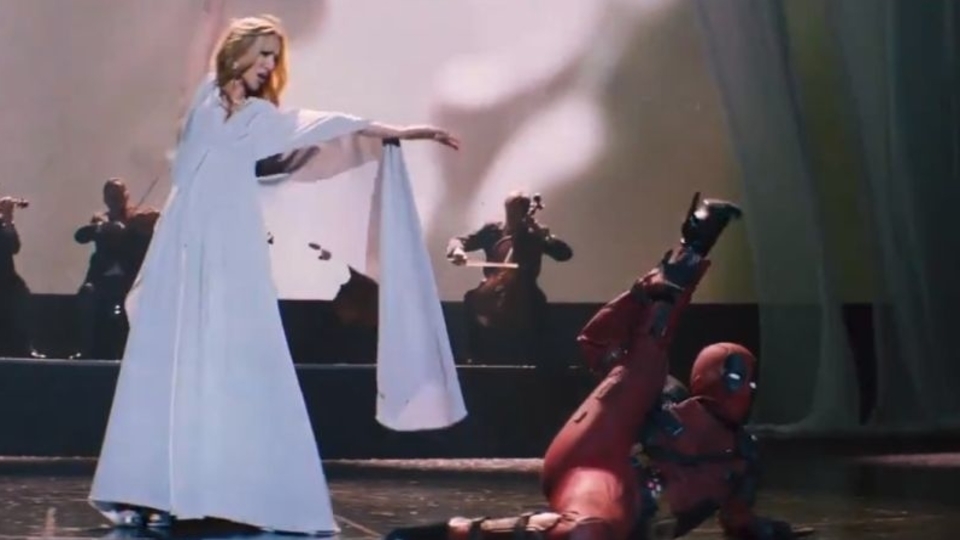 You asked for it and it finally happened! Celine Dion and Deadpool have finally united to make some sweet music. Well ok, no one actually expected this, but a brilliant new music video has arrived for ‘Ashes’, taken from the upcoming Deadpool 2 soundtrack.

The accompanying official video for Ashes is helmed by the film’s director David Leitch and features Deadpool himself Ryan Reynolds (although probably not for the dance routine bit).

Check out everything we know about Deadpool 2 so far before the film opens nationwide on 15th May 2018.

It was filmed in The Colosseum at Caesars Palace, the very venue where Celine hosts her Las Vegas residency shows.

Watch the Ashes music video by Celine Dion below;

Twentieth Century Fox Film and RCA Records UK have announced that the Deadpool 2: Original Motion Picture Soundtrack will release on 18th May 2018.

The 12-track compilation is available for pre-order now and features two new original songs recorded exclusively for the film, including ‘Ashes’ by Celine Dion and ‘Welcome To The Party’ by Diplo, French Montana, Lil Pump featuring Zhavia Ward.

‘After surviving a near fatal bovine attack, a disfigured cafeteria chef (Wade Wilson) struggles to fulfill his dream of becoming Miami’s hottest bartender, while also learning to cope with his lost sense of taste.

Searching to regain his spice for life, as well as a flux capacitor, Wade must battle ninjas, the yakuza, and a pack of sexually aggressive canines, as he journeys around the world to discover the importance of family, friendship, and flavor – finding a new taste for adventure and earning the coveted coffee mug title of World’s Best Lover.’

Check out the latest Deadpool 2 trailer below;