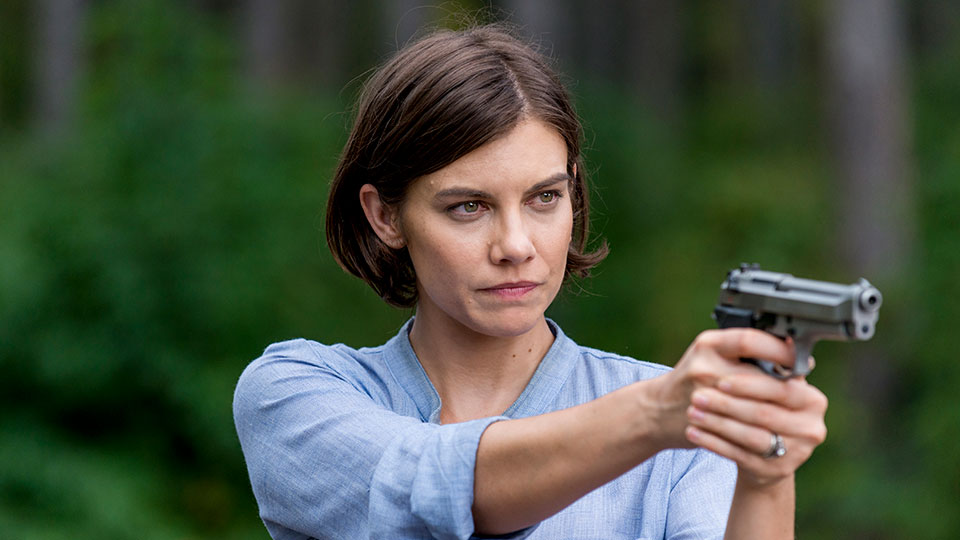 The Walking Dead is in a bit of a freefall situation in terms of the ratings and fans feel about it thanks to a lacklustre couple of seasons.

If you haven’t seen the season 8 finale and would like to avoid spoilers, we suggest you stop reading now. Carry on if you want to hear our thoughts on the upcoming ninth season.

While Negan (Jeffrey Dean Morgan) may have arrived with a bang (or should we say a baseball bat) his appeal quickly fizzled. It’s absolutely nothing to do with Jeffrey Dean Morgan, who has been excellent in the role, and everything to do with the horrible way he’s been written. Negan should be this powerful, scary and domineering figure but I can’t help but sigh every time he appears on screen.

In a season that saw Carl (Chandler Riggs) killed off, for no discernible reason I can think of, the ‘big battle’ we waited all season for was a simpering mess that lasted a couple of minutes and saw Rick (Andrew Lincoln) have a change of heart about killing Negan. Presumably we’re going to be forced to sit through another season of Negan and Rick taunting one another as it seems the show is following the comic books still for that storyline.

As more and more fans check out, The Walking Dead has a huge task on its hands and it simply has to deliver a stellar season 9 otherwise it’s going to lose a lot more. Read on to find out what I want to see from the next season…

1. The actors need to stop trying to hype the show. I said it last season and I’ll say it again, every time one of the cast members says an episode is ‘insane’, ‘mind-blowing’ etc I know it’s going to be a huge disappointment. Andrew Lincoln was right when he said the season 8 finale would be ‘unbelievable’ because it was, but not for the right reasons. Maybe if the expectations for the show were lower, viewers wouldn’t feel constantly disappointed.

2. Sort out the pacing. In recent seasons The Walking Dead has only known how to do two things – slow plodding episodes or all-out action. There needs to be a balance. Of course there can’t be huge action sequences on a weekly basis but at least half of season 8 saw the characters doing barely anything. The story didn’t move along, no-one achieved anything and it was just plain dull.

3. For the love of God, stop bringing in more and more characters we don’t care about. It may work in the comic books but it isn’t working on the TV show. The Walking Dead’s world is so bloated now that hardly any of the characters get the screen-time or development they deserve. The Scavengers have taken up way too much time and they are the least interesting of all the groups to have appeared on the show. At least Simon (Steven Ogg) killed everyone apart from Jadis (Pollyanna McIntosh) but to be honest I’d be happy if she cleared off too.

4. Concentrate on the core characters. Does anyone really watch the show for anyone other than Rick, Daryl, Michonne (Danai Gurira), Carol (Melissa McBride) and Maggie? Remember when the show was so great every week and you just had to tune in for it? I do too and it’s when it spent time on the main characters that we all know and love. Scale the cast down and get back to basics.

5. Utilise and develop the interesting secondary characters. You may think this contradicts the last point but it doesn’t. Every show needs good supporting characters and The Walking Dead has some with real potential. Jesus, Dwight (Austin Amelio) and Aaron (Ross Marquand) are all good characters but they rarely get anything to do. Dwight did the best in season 8 in terms of screen time but Jesus and Aaron are so inconsistent. Is Jesus a bad-ass ninja warrior or is he a peace-keeper? The show doesn’t seem to have a clue.

6. Kill off the right characters. What world do we live in where Glenn (Steven Yeun) and Carl are no longer alive but Eugene (Josh McDermitt), Tara (Alanna Masterson) and Rosita (Christian Serratos) are? I know which characters I’d rather be watching on a weekly basis. Obviously there needs to be some shock factor with the deaths especially when some characters die and you have to Google who they are… it’s not a good sign is it? (We’re looking at you Tobin).

7. Scale back Negan. We don’t need to see him every week. Actually, we barely need to see him at all. Let him pop up for a handful of appearances over the season but put the character to the background for now and rest him.

8. Develop the inevitable Rick Vs Maggie fight in an interesting and unexpected way. It’s clear that the show is heading in that direction but I hope they do something surprising with this plot. It has the potential to give the show the reboot it needs, and let’s be honest Rick is a terrible leader so it’s about time someone went after his job.

9. Show some stability. Now the Saviors have been mostly neutralised, let the group rebuild their community and make a plan for how they are going to sustain themselves. I have a feeling the show will just rush in The Whisperers and we’ll be back to square one but I hope not.

10. Let Michonne and Carol return to the badass characters they used to be. I’ve no idea what happened to either character but they are pale imitations of who I’ve rooted for over the seasons. Michonne is way more than Rick’s girlfriend and Carol has the level of badassery that no other character on the show has.

The Walking Dead returns for season 9 this autumn in the US and the UK.