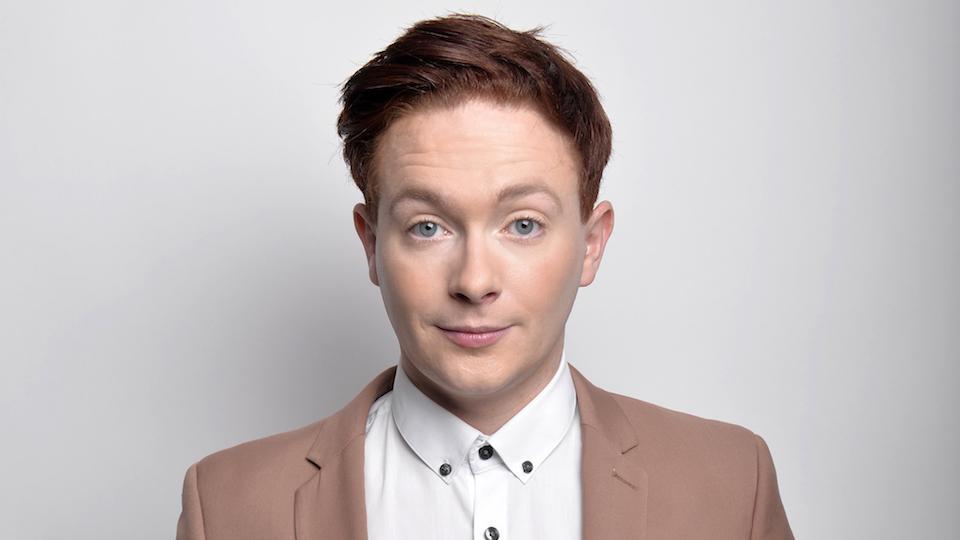 In the show, Stephen tackles everything from celebrity culture and dating to working-class family life. His welcoming brand of genuine Northern humour has made him one of the most popular acts on the UK comedy circuit, supporting Katherine Ryan and Jenny Éclair on recent tours.

A fellow northerner, I had the pleasure of catching up with Stephen to talk about being single at 30 [Totes the norm in London], class differences, how he fell into stand up through basic blissful ignorance and how he now craves stability of a steady job, a mortgage and eating his tea before 6pm. [Now that really would be living the dream!]

You’ve been on your first big UK tour since January, how’s life on the road?

You spend a lot of time travelling alone. I do feel like I go a bit mad sometimes. I don’t have a support act with me and it’d be nice to have someone to talk to. It can be lonely, I have people on the phone, on speakerphone, a lot. I love talking to people next to me on trains, I’ll nudge them and say, ‘Talk to me, I’m going mad!’

What made you get into stand up?

I spent six years on the check out at Sainsbury’s and, by the time I was 23, I was done with it. I’m from Denton, from a working class background. London seemed the natural step as anywhere else would’ve felt small compared to Manchester and I’d spent a year abroad. I got a job working in background telly and I needed a sociable hobby. I did an eight week comedy course for fun. I’d never even been to a comedy club at that point. I used to love humour, watching things like Coronation Street and The Royle Family growing up, but I’d never seen any live stand up.

Did the fact you’d never been to a comedy club make you more fearless?

It made me more arrogant! I wasn’t following any pattern or trying to emulate anyone else, I think it felt authentic because it was just me. Now I can see similarities in my act to others but I prefer to come up with ideas rather than be influenced. If there is anything similar in my act to other comics’ then its coincidence that we’ve had the same idea. I have been compared to Graham Norton, but I think that’s just lazy journalism. I’ve since seen bits of his stand up and I’m really nothing like him.

Do you get annoyed that you’re immediately compared to other gay comics?

It’s a huge compliment to be compared to big names but I think my act is actually more similar to a female US stand ups, such as Amy Schumer or Joan Rivers.

You supported Katherine Ryan on her recent tour. Do you prefer working alongside female stand ups?

I don’t have a preference but I’ve become good friends with a lot of female stand ups. I think straight male stand ups often prefer their own – or similar – company. I think the game is changing from straight white or black males in stand up. But I try not to talk about too much politics in my act. I think people come to laugh, if someone’s spent £10 – which is a lot of money, I think – on a comedy ticket they don’t want to be preached to about Trump. We’ve become friends too but I’ve got a good dynamic professionally with Katherine Ryan and my material suits her audience. I’m not naming dropping, though, I have lots of friends within and outside of the comedy circle. It’s important to keep me grounded. I’d never get above my station anyway. All my mates back up north have their first kid or second husband and a mortgage. I haven’t got anyone! Sometimes I crave the stability and normality but my mates see my life as an incredible adventure. Meanwhile I’m jealous because they’re having their dinner at 5.30pm – so lucky!

You do talk about your working class background a lot, though?

I will talk about class differences, yes. The Edinburgh Fringe is a white middle class festival. It’s expensive to perform there but it’s also expensive to visit let alone buy tickets. That’s why I’ve been enjoying the tour, you meet all sorts of different crowds. I don’t have a preference, I’m a big believer in playing to the room. In London you can hold up a mirror to the audience a bit more. I tend to try and laugh at myself first. I talk about being single. We’ve all been single, we can relate. I’m the ginger Carrie Bradshaw of comedy! An old soul in a modern world. I tell my parents I want a traditional romance. My dad says if I want traditional I should get a woman! He’s got a point but I definitely want to be the one being romanced.

Stephen’s critically acclaimed humour will be running for three nights at London’s Soho Theatre on 3rd, 4th and 5th May.