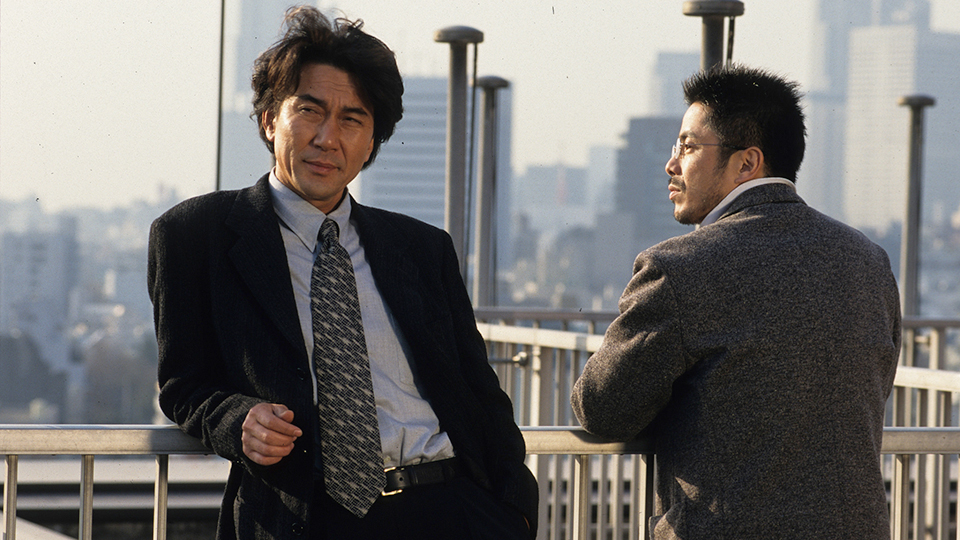 Eureka Entertainment to release Cure [Kyua], Kiyoshi Kurosawa’s mesmerising and hypnotic psychological thriller, on home video for the first time in the UK on 23 April 2018 as part of The Masters of Cinema Series in a Dual Format edition featuring a Limited Edition O-card [First 2000 copies only].

Released to critical acclaim in both the East and the West, Cure was a breakthrough film for director Kiyoshi Kurosawa, a nerve shredding thriller about the hunt for a serial killer in a bleak and decaying Tokyo.

A series of murders have been committed by ordinary people who claim to have had no control over their horrifying actions. Following the only link – a mysterious stranger who had brief contact with each perpetrator and their victim – detective Kenichi Takabe (Kôji Yakusho, 13 Assassins, Tokyo Sonata) places his own sanity on the line as he tries to end the wave of inexplicable terror.

Described as one of the greatest films of all time by Bong Joon-ho (The Host, Snowpiercer), Cure is a deeply unsettling masterpiece of its genre, and has shockingly been unavailable on home video in the UK until now. The Masters of Cinema Series is proud to present Cure in a special Dual Format edition.

Cure [Kyua], Kiyoshi Kurosawa’s mesmerising and hypnotic psychological thriller, is available on home video for the first time in the UK in a Dual Format edition and can be purchased here https://amzn.to/2GgfM3Q

To celebrate the release we’ve got 3 copies to give away. All you need to do to be in with a chance of winning is enter below…

Advertisement. Scroll to continue reading.
In this article:Cure, Eureka Entertainment