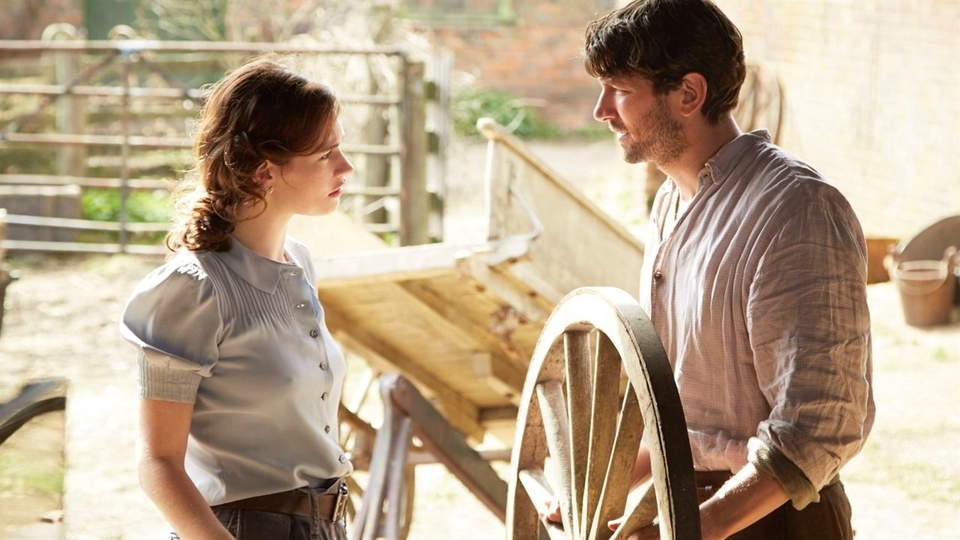 A fascinating historical featurette and a collection of TV spots has arrived for The Guernsey Literary and Potato Peel Pie Society, starring Lily James.

Directed by Mike Newell (Four Weddings and a Funeral, Harry Potter and the Goblet of Fire) and based on Mary Ann Shaffer and Annie Barrows’ international best-selling novel, The Guernsey Literary and Potato Peel Pie Society comes to cinemas on 20th April 2018.

Despite the success of her recent novel and support from her dear friend and publisher Sidney (Matthew Goode), she struggles to find inspiration for her writing after the harsh experiences of the war.

Poised to accept a proposal from Mark Reynolds (Glen Powell – The Expendables 3), a dashing American GI, she receives an unexpected letter from a Guernsey farmer named Dawsey Adams (Michiel Huisman – The Age of Adaline).

Juliet impulsively leaves for Guernsey, where she hopes to write about the curiously named book club that Dawsey has written to her about, formed by his fellow islanders under the German occupation in WW2. Juliet is charmed by the island and inspired by the members shared love of literature. As a lifelong bond forms between this unlikely group of friends, Juliet soon realises that the society are hiding a heartbreaking secret, which they are afraid she may bring to the surface.

As Juliet and Dawsey become close, she begins to unravel what happened during the difficult years under the occupation and starts to understand why they are so afraid to tell her their story. Her fate now intertwined with the society, Juliet must decide how to help her new friends and follow her heart, knowing that her life may change in ways she had never expected.

Check out the new The Guernsey Literary and Potato Peel Pie Society TV spots & featurette below;