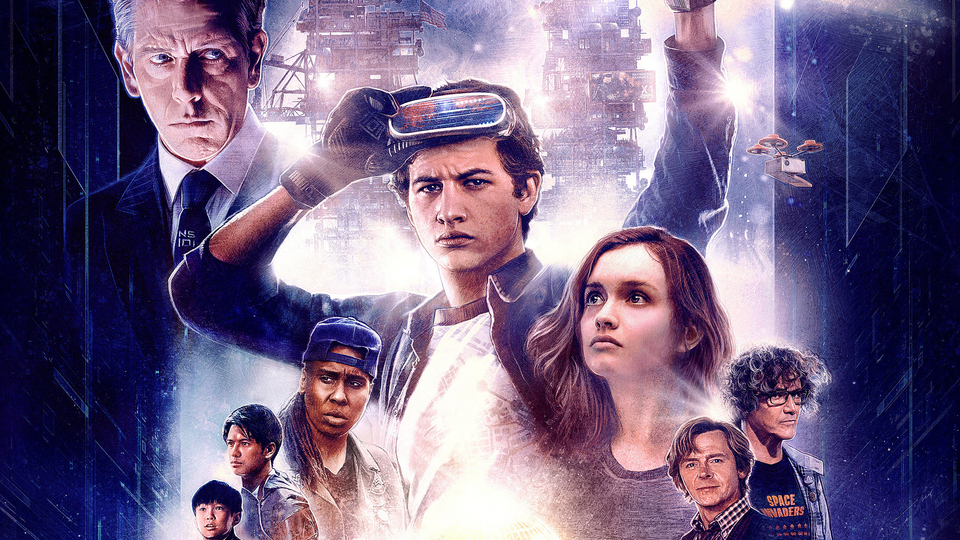 Steven Spielberg returns to sci-fi fantasy with a bang in this brilliantly breath-taking spectacle. Crammed full of pop culture references that will blow your mind, Ready Player one is exactly how big-budget cinema should be. The first proper event movie of the year, Ready Player One is based on Ernest Cline’s novel and whilst there are a few changes to the source material, it doesn’t affect the sheer enjoyment of this ride.

It’s 2044 and the world has been plunged into a climate and energy crisis, with many living in poverty. Their only escape is the Oasis, an online virtual world where you can literally do anything you want. The platform’s late creator (Mark Rylance) hid an Easter Egg in his creation granting the person who finds it untold riches and the power to control the Oasis. Enter Wade Watts (Tye Sheridan) a teenager who, under his online guise of Parzival, seeks to win the quest. But his actions attract the attention of a media empire headed by Sorrento (Ben Mendelsohn), who will stop at nothing to gain power.

The cast are all superb with Tye Sheridan leading the line really well as Wade. His rapport with Olivia Cooke’s Art3mis/Samantha and Lena Waithe’s Aech/Helen is the beating heart of the film, and what keeps you invested throughout. Ben Mendelsohn can play these kinds of bad guys in his sleep and always steals his scenes. Mark Rylance, Simon Pegg, Philip Zhao, Win Morisaki, Hannah John-Kamen, Ralph Ineson and Susan Lynch all do well and the irrepressible T.J. Miller always raises a smile as I-R0k, a conspirer with Sorrento.

The effects are stunning and bathe the sense. For the best experience see this in IMAX because the spectacle is outstanding. You’ll also want to buy the Blu-ray when it comes out because there are literally hundreds of cool Easter Eggs scattered around the film. Some are quite obvious like the DeLorean from Back to the Future and The Iron Giant himself. Others are ‘blink and you’ll miss them’, like a neon sign from Tom Cruise’s Cocktail or the appearance of The Joker and Harley Quinn.

For all of its impressive grandeur, the scene that tops the lot is truly amazing. A stunning sequence that takes place in the world of a very popular horror movie (which I I won’t spoil here) leaves you in awe of its attention to detail. This film could very easily have just been a collection of familiar things being chucked at you onscreen but there’s real purpose to what you see and the cool-factor of seeing these things together in one universe never gets dull.

Ready Player One is easily one of the best films of the year. Not only is it timely and entertaining, it genuinely surprises and utilises its great cast to full effect so you really get behind these characters. The spectacle is the first thing you’ll notice but there’s heart and soul here, all contained into a story that happily keeps you on the edge of your seat. It’s also great to see Steven Spielberg come back home to a genre who loves him as much as he loves it.