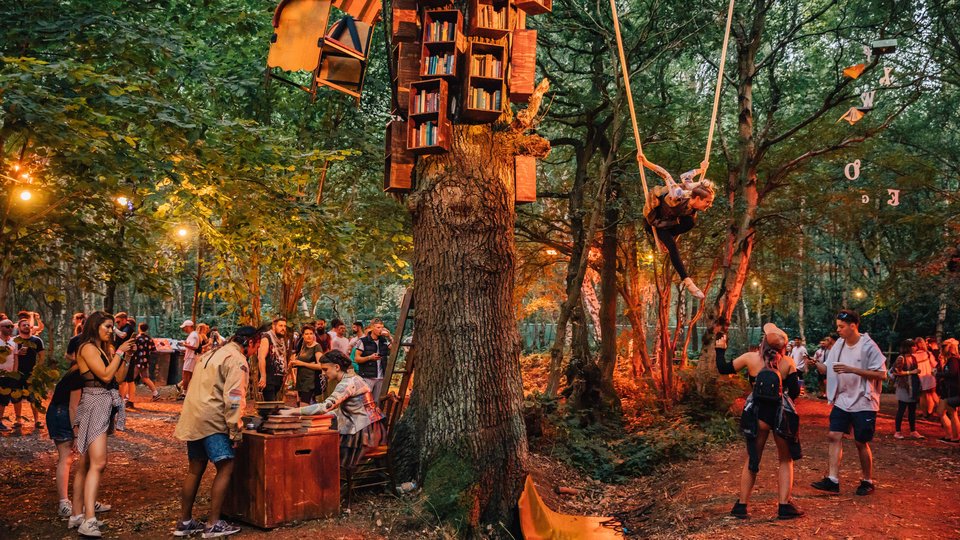 Lost Village Festival will be back in August already revealed a first wave of incredible acts, including Friendly Fires, Four Tet, Everything Everything, Mount Kimbie, Dixon, DJ Harvey and Peggy Gou. The immersive festival has now revealed further details of this year’s festivities.

The festival has now revealed the latest additions set to perform over the August bank holiday weekend, including, Seminal indie outfit The Go Team!, afro-funkers Ibibio Sound Machine, New Yorican rapper Wiki and George Fitzgerald will all be performing live, whilst Soulwax alter ego 2manydjs, Leftfield, tINI and Hannah Faith will be seen behind the decks at Lost Village. Over at the comedy tent the following acts have been added to the bill Joel Dommett, Russell Kane, Phil Wang, Tom Stade, Nathan Caton, Spencer Jones, Jess Fostekew with more to be announced.

Other attractions at the village include endless wonderments, from relaxation in the Energy Garden, lakeside hot tubs, yoga, the Circus of Astonishment, craft workshops on Forgers Lane, the old Junkyard and the abandoned video games arcade, the Bureau of Lost and much more.

The latest additions to Lost Village Festival’s 2018 line-up are below: