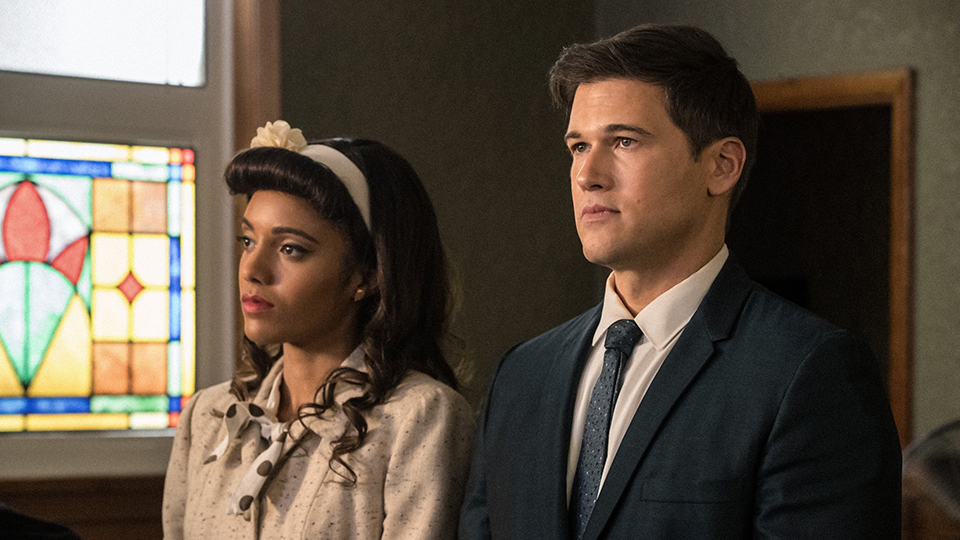 The Legends tried to locate and rescue Ray (Brandon Routh) after he was kidnapped by Damien (Neal McDonough) and Nora (Courtney Ford) on the latest episode of DC’s Legends of Tomorrow.

The Darkh’s plan was to use Ray to reignite the Fire Totem after discovering that Nora’s cold fusion research had been stored inside a doll. As the Darkh’s tried to weaken the prison holding Mallus by using Amaya’s (Maisie Richardson-Sellers) corrupted totem, Ray blasted a hole in the Berlin wall causing an aberration and allowing the Legends to find him.

With Wally’s (Keiynan Lonsdale) help, Ray and the totem were rescued. Following the adventure Sara (Caity Lotz) invited Wally to join the team.

Meanwhile the director of the Time Bureau was killed by Grodd meaning that Ava (Jes Macallan) was now in charge. Rip (Arthur Darvill) returned to the Time Bureau and instructed Gideon (Amy Pemberton) to delete Ava’s file to cover up her secret.

The next episode of the season is Amazing Grace. The Legends find themselves on a crucial mission to save rock’n’roll. Nate takes a path that leads him to the final totem – The Death Totem.