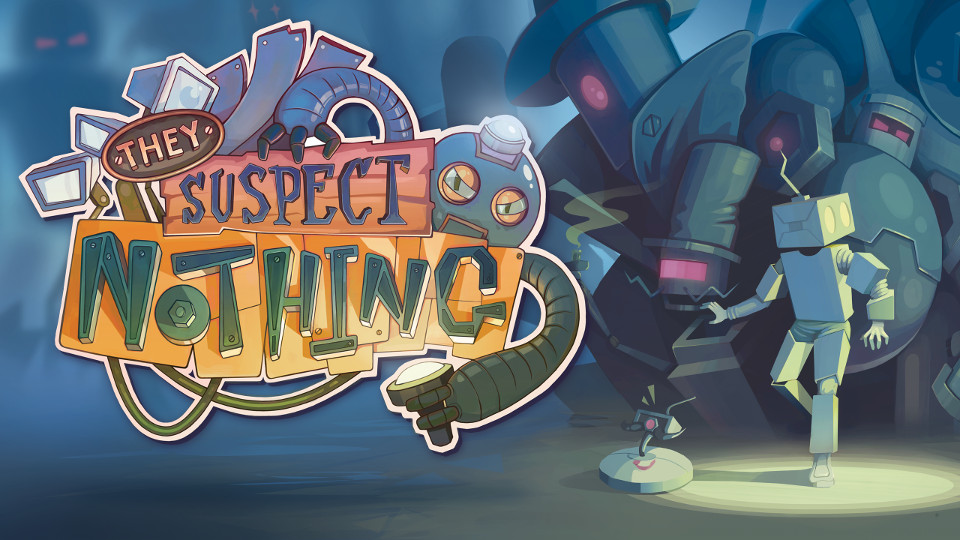 Coatsink, creators of ​The Esper Series,​ ​A Night Sky and ​Augmented Empire​ have announced their next VR title, ​They Suspect Nothing.​ Designed for and launching alongside the Oculus Go, They Suspect Nothing is a comedic mini-game collection about robots and deception.

As the last human on earth, players must infiltrate a robot-only society by completing a series of bizarre human detection tests. Assuage suspicion with machine-like efficiency as you conduct open part surgery, pilot a drone, manage rush hour in an explosives plant, instigate armageddon in a cataclysm simulator, plus eight other equally ridiculous and entertaining experiences.

Your dexterity, perception and logic will be put to the test to ‘prove you’re metal’ and confirm there’s nothing suspicious hiding inside that cool, robot exterior. Relax…​ They Suspect Nothing.

Watch the announcement trailer for They Suspect Nothing below:

They Suspect Nothing features:

They Suspect Nothing pricing and availability will be announced in the near future. Keep an eye on the official Coatsink website for more information.

View some screenshots from They Suspect Nothing in our gallery:

Advertisement. Scroll to continue reading.
In this article:Coatsink, Gear VR, Oculus, They Suspect Nothing