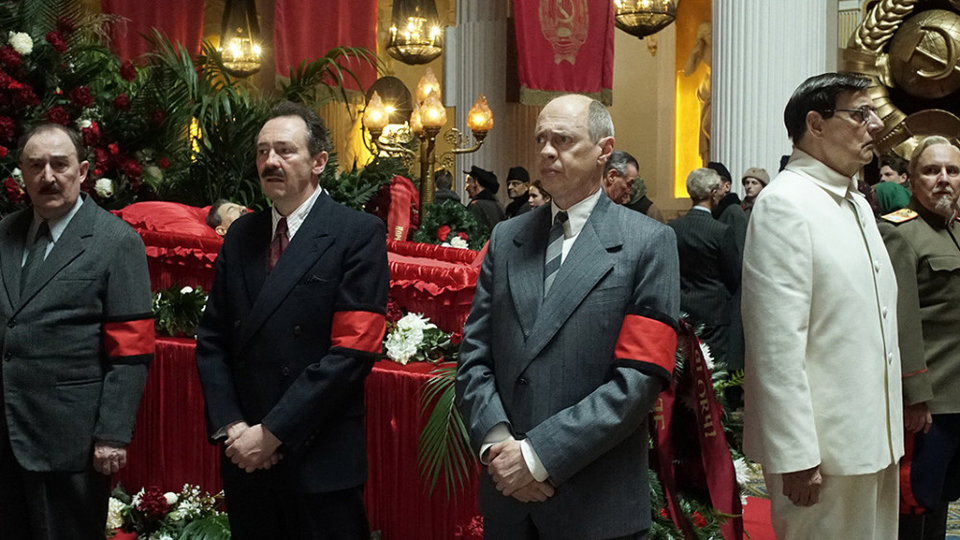 From the multi-British Comedy Award winning director of The Thick of It, In The Loop, Vee and I’m Alan Partridge, The Death of Stalin is a comedy terrors unlike any other. Encapsulating the insanity, perversity and inhumanity of a dictatorship plunged into madness, the only thing you can do is laugh. Out on Digital Download, Blu-ray & DVD now.

To celebrate the release, we are giving away the film on DVD!

Check out our review of The Death of Stalin

STALIN IS DEAD! And with The Soviet Union’s top job now up for grabs, the men within Stalin’s council are about to enter an ‘interview’ process unlike any other.

With the prospect of absolute authority over the nation within grasp, in the days that follow devious plotting and farcical backstabbing are fair play, and one man will emerge with supreme power over the USSR. The question is: who? Critically acclaimed, hailed as one of the most hilarious films of 2017 and supported with an all-star cast, The Death of Stalin is a comedic revolution. Crowned the best British satire in years, it’s a must-own for comedy lovers everywhere!

Advertisement. Scroll to continue reading.
In this article:Competitions, The Death of Stalin