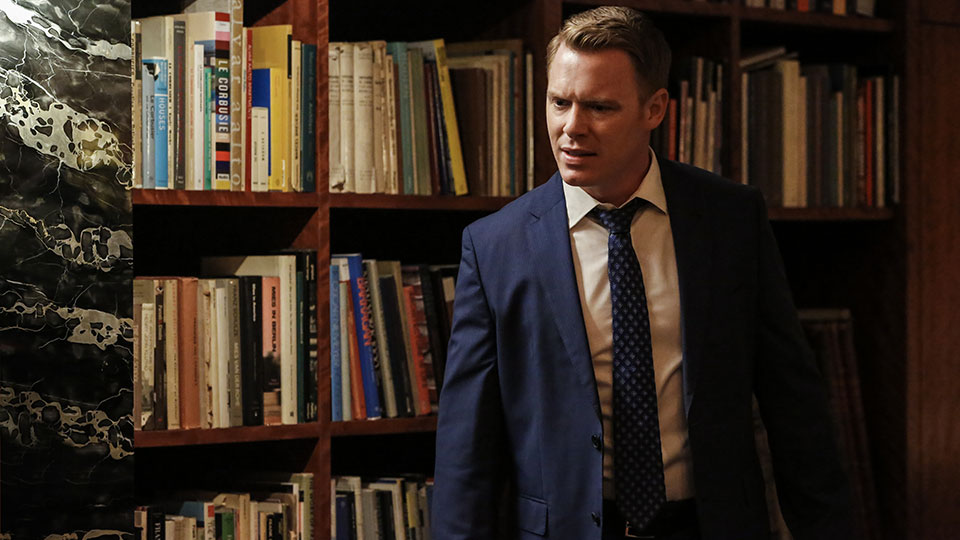 Liz (Megan Boone) took herself off to the middle of nowhere following Tom’s (Ryan Eggold) death on the latest episode of The Blacklist.

Having awoken from her coma and gone through an exhaustive rehabilitation programme, Liz decided she needed to take time to be on her own. She left Agnes with Scotty (Famke Janssen) and pleaded with Reddington (James Spader) not to try and find her.

Now living in a cabin in the woods with her dog Kate, Liz’s quiet life was disrupted quickly when she found a seriously injured man on her doorstep. Taking him in, Liz became suspicious when a group of men arrived claiming to have been in plane crash with the man she found injured.

Liz discovered that the injured man had snitched on a crime family and the group of men were trying to find out what he’d said before torturing him. When the men killed her dog, Liz kicked into action and killed them all before dropping the injured man at the hospital.

Feeling revitalised, and with a thirst for revenge, Liz returned home and told Red that she was ready to go after Tom’s killers.

The next episode of the season is The Informant. Ressler’s dodgy dealings threaten to be outed when a Blacklister starts selling secrets. Liz makes a move against her husband’s killers.