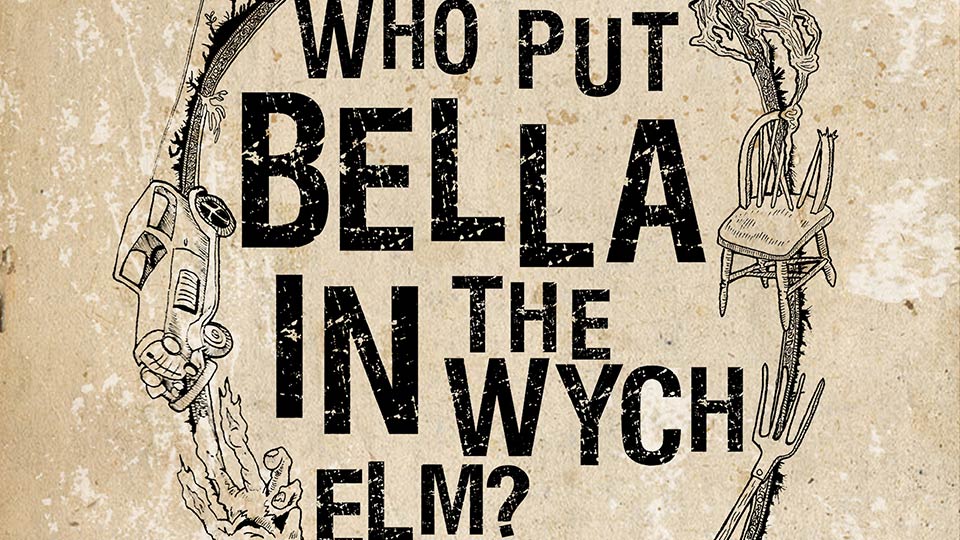 From 13th + 15th – 17th March at The Space Arts Centre, 269 Westferry Road, London, you can catch Who Put Bella in the Wych Elm, a gripping new production investigating the internationally notorious case of ‘Bella’ – a skeleton found by four young boys inside a hollow tree in Hagley Woods, Worcestershire, 1943.

Despite the original detectives’ best efforts, the skeleton could not be identified. Until the messages appeared. Scrawled across walls in the local area, the graffiti simply asked: ‘Who put Lubella in the wych elm?’. The case exposed a trail from Birmingham to Berlin, from Nazi spy-rings to Occultist rituals, with each new line of enquiry uncovering even stranger mysteries. Unsolved for 75 years this sinister real-world murder case is being brought to life on stage by Pregnant Fish Theatre at The Space.

With special access to real police files, documents and photographs from the case, Who Put Bella in the Wych Elm? is the culmination of a year’s worth of detailed research supported by the Worcestershire Archives and Archaeology Service. A cross between a true crime documentary and performance, the piece blends new evidence, personal accounts and previously unseen material to tell this disturbing tale in an entirely new way.

Inspired by the current appetite for True Crime thrillers, with documentaries like Netflix’s Making a Murderer and numerous real-life mystery podcasts such as Serialbecoming international phenomena, Pregnant Fish now take True Crime to the stage.

On directing this creative re-telling, Tom Drayton said: ‘Every word spoken on stage comes directly from real documents. We’ve been working with the archives, newspapers and publishers to collect every possible angle we can, so the audience see the case build on stage – as it has over the years. Maybe they’ll be the ones to finally figure it out.’

Pregnant Fish formed in Worcester in 2010 and the local case has always been of interest to the group. Paul Hudson of the Worcestershire Archives reports: ‘The Bella case has fascinated people for years and I’m excited that artists are taking these archives to new audiences.’

Advertisement. Scroll to continue reading.
In this article:Pregnant Fish Theatre, The Space, Who Put Bella in the Wych Elm?