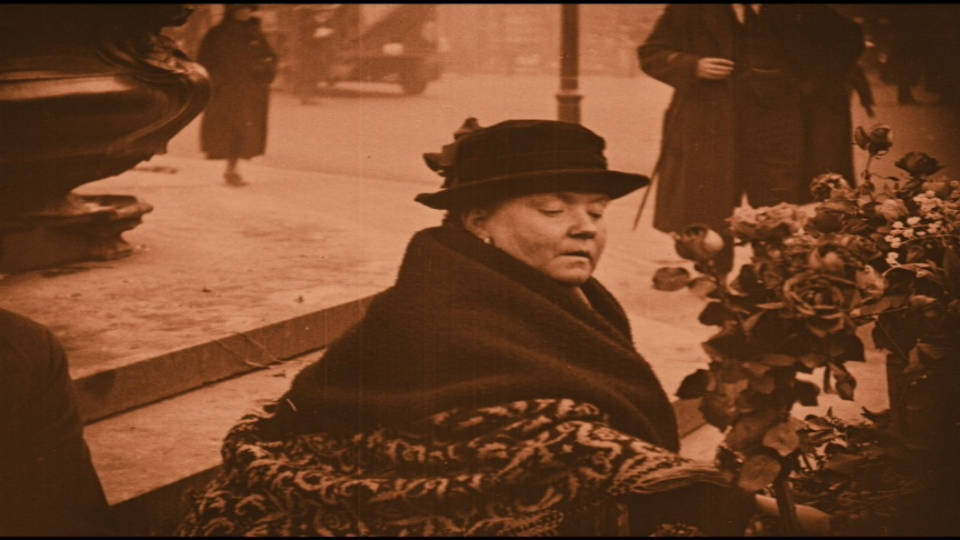 A recently restored BFI archive film from the silent era of the 1920s is to be presented to audiences of The Space with a new soundtrack by the New Radiophonic Workshop.

Flowers of London, will be published on The Space on February 7.  Part of a series of silent shorts, Flowers of London is a poignant evocation of London – the city’s dirty streets contrasting with images of flowers, a symbol of hope throughout the film.

The New Radiophonic Workshop, led by composer Matthew Herbert, brought in sound-effects experts alongside award-winning writer Laura Wade to add new dimensions to the film.  Viewers have complete control of their listening experience and can choose their own combination of sound-effects, music and narrative.

Flowers of London is one of six films in the series Wonderful London, which were restored by the BFI National Archive and offer a fascinating glimpse of London life and images during the mid-1920s.  Flowers of London is the centrepiece film in a trilogy on The Space which explores creating soundtracks for silent classics.

Visitors to www.thespace.org  will be able to play with sound effects, narrative and music to create different soundtracks to Flowers of London –audiences can customise their own experience by deciding which soundtrack or combination of soundtracks the film should have, choosing to hear the New Radiophonic Workshop’s full mix or to use the player to select from the seven different combinations.

Matthew Herbert, composer and leader of the New Radiophonic Workshop, comments: “What initially appeared to be a straightforward commission ended up being one of our most challenging projects. The conventions of film making now are very different from those of the 1920s, and the addition of any sound and/or music ended up taking on a much greater significance than predicted. We were keen to allow the viewers the chance to customise their listen and so they are able to choose what kind of soundtrack they think the film should have.”

Peter Maniura, Curator of The Space, comments: “On The Space we believe that sound is as important the image. Flowers of London is particularly special as it allows the audience to control their listening experience – tailoring music, narrative and effects to build their own soundtrack on The Space.”

Flowers of London is one of several commissions from the New Radiophonic Workshop for The Space. It’s Creative Director Matthew Herbert has led seven cutting-edge collaborators on an exploratory journey to discover new ways of making and presenting sound and music.

Flowers of London will form the centrepiece in a trilogy that explores the creation of soundtracks for silent classics. A short documentary on Daniel Cohen’s score for the BFI’s recent restoration of Hitchcock’s The Pleasure Garden is now available on The Space. In addition viewers will also be able to enjoy a new soundtrack to The Great White Silence, in which composer Simon Fisher Turner talks about how he approached the commission to score Herbert Pointing’s two-hour silent filmic record of Scott’s expedition to the South Pole. http://www.screenonline.org.uk/tours/greatwhitesilence/tour3.html

Advertisement. Scroll to continue reading.
In this article:Flowers Of London, The Space