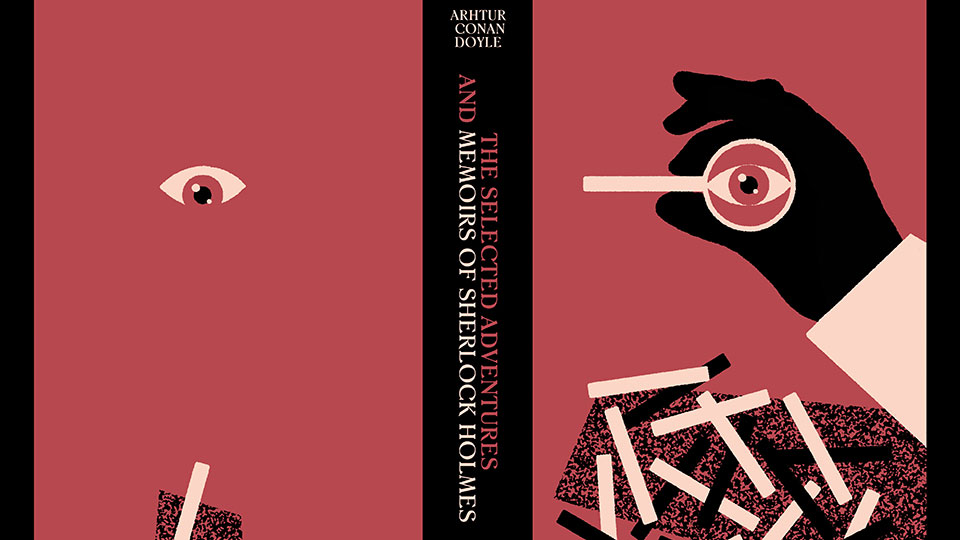 At the ceremony, Helen Dorey said: “The standard of the entries was universally high and is a tribute to the universal appeal of Sherlock Holmes. Max Löffler’s illustrations elegantly express the essence of the stories with an added element of mystery that makes them utterly compelling.”

The Folio Society Art Director, Sheri Gee commented: “It’s so interesting to see such varied depictions and styles in the shortlisted entries but each is united in representing a cohesive entry – where the binding and each illustration work perfectly together. We felt that for each of these entries we’d like to see what more they’d do if they completed the commission. They had piqued our interest. Max showed real ingenuity and imagination in his entry and gave them a timelessness which sits well with Sherlock Holmes’ universal appeal. I felt that the depiction of ‘the woman’ (below) was particularly sublime.”

Colin McKenzie, Director of House of illustration, said: “We had a very strong shortlist this year and we particularly admired the different approaches taken to the subject and the high standard of the illustration from all those on the shortlist. But we are delighted with our overall winner whose work intrigued the judges and evoked so powerfully the stories illustrated.”

2017 BIC winner and member of the 2018 judging panel, Darya Shnykina said: “This year’s longlist presented a lot of strong and enchanting entries and the final selection wasn’t easy. But I am very confident about the winner we selected. Max’s illustrations aren’t just beautiful, they’re sophisticated. And after all an exquisitely expressed idea is the most captivating thing.”

Colin McKenzie also revealed the recipient of the People’s Choice Award, voted for by 3681 members of the public online. The winner – Svetlana Boiko – will receive books worth £100 from The Folio Society and a year’s membership to House of Illustration.

Arthur Conan Doyle’s The Selected Adventures and Memoirs of Sherlock Holmes, illustrated by Max Löffler, will be available from The Folio Society in October 2018.