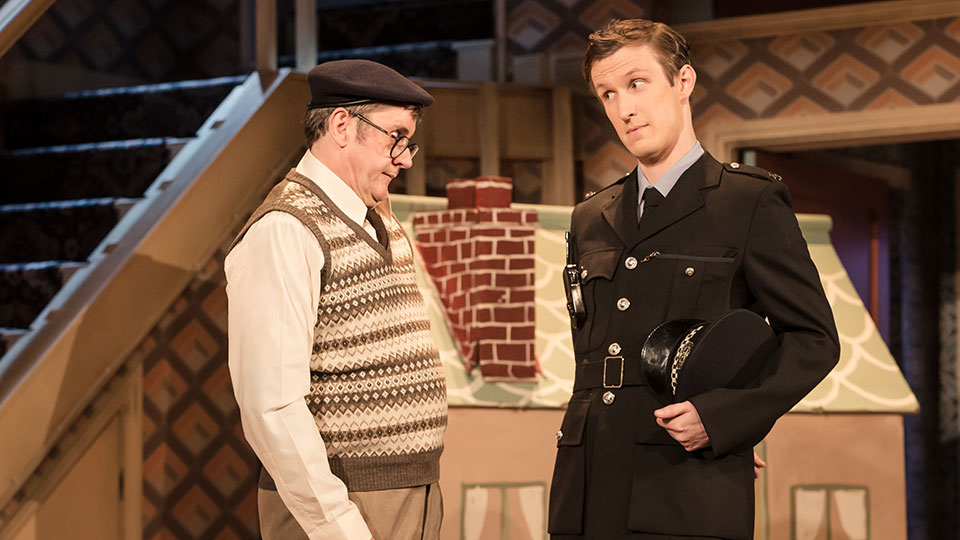 Due to popular demand, further dates have been added to the UK tour of the first ever stage production of the classic 1970s TV comedy Some Mothers Do ‘Ave ‘Em.

The producers are also delighted to announce the casting of Moray Treadwell as Mr Luscombe/Mr Worthington, David Shaw-Parker as Father O’Hara and Chris Kiely as Desmond/Constable. They join the previously announced Joe Pasquale as the loveable but accident-prone Frank Spencer, Sarah Earnshaw as his long-suffering wife Betty and Susie Blake as his disapproving mother-in- law, Mrs Fisher.

David Shaw-Parker began his career at the Royal Shakespeare Company, appearing in over 25 productions for them. His many other theatre credits include Leo Fairchild in Lady in The Van (Bath Theatre Royal), John Hitchcock in McQueen (St. James Theatre), Trevor Nunn’s productions of My Fair Lady (National Theatre and Theatre Royal Drury Lane), Acorn Antiques (West End), and Lucy Bailey’s production of Titus Andronicus (Shakespeare’s Globe).

The UK Tour of Some Mothers Do ‘Ave ‘Em will open at the Wyvern Theatre, Swindon on Wednesday 21st February 2018.

The stage adaptation has been written by Guy Unsworth, based on the original TV series by Raymond Allen. Guy Unsworth will also be directing, with design by Simon Higlett.

In this article:David Shaw-Parker, Joe Pasquale, Some Mothers Do Ave Em