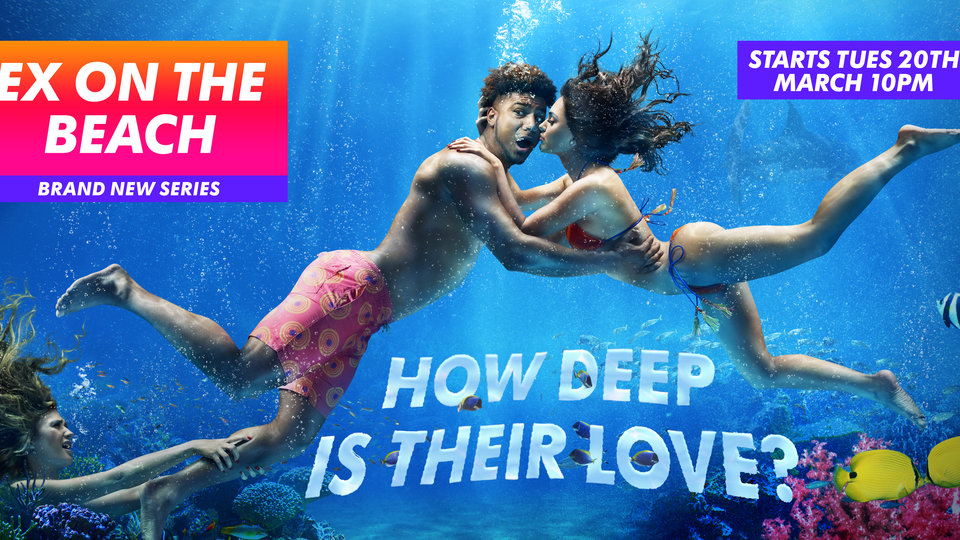 MTV’s Ex On The Beach will return in March and with it a brand new set of singletons ready to face their exes and the infamous tablet of terror.

This year’s villa guests will attempt to enjoy their idilic surroundings whilst facing their exes and try and find romance too. The scenarios are endless and usually involve a good dose of drama, catfights, romance and heartbreak.

The first Ex On The Beach teaser is below:

For more Ex On The Beach videos, please visit MTV.co.uk

All of this season’s singleton bios are below. Keep reading to find out who will be in the villa from the start:

Essex girl Charlotte Hughes thinks her exes would describe her as an ‘absolute handful’ and says her relationships so far have been a ‘complete mess’. Watch out boys, you might have your hands full with this one.

Katie Champ was in a serious nine-year relationship but says after that, she ‘lost her mind and explored the single life’. Where better to mend a broken heart than in a villa full of sexy singletons?

Mancunian Marcel Stevens claims he’s cool, calm and collected, so Ex On The Beach life should be a breeze for him, until he’s introduced to the Tablet of Terror anyway.

Welshman Sam Lonsdale reckons his biggest strengths are being a people person and a ‘top vodka shotter’. Sam should have no problems fitting into the Ex On The Beach villa but will he manage to keep his motor mouth under control after a few drinks?

Liverpudlian lass Sofia Filipe describes herself as ‘one of the lads’ and says she’s on good terms with all of her ex-boyfriends but will it last when the Tablet of Terror is thrown into the mix?

Tom Litten lives on a farm in Taunton and has around 30 pigs and 40 cattle. Describing his relationship history as ‘shocking’, let’s hope he doesn’t become the black sheep of the villa!

Reading born Zach Tull says his main weakness is that he’s ‘heartless’ but could this prove to be a strength in the Ex On The Beach villa? The personal trainer says he’d ‘rather not know’ what his exes think of him but we have a feeling he’s about to find out.

Marnie Simpon’s latest love story famously unfolded last year on MTV’s Single AF with co-star Casey Johnson. Even though the couple might look picture perfect on Instagram, there has been a few bumps along the way that has led them to the Ex On The Beach villa.

Following Single AF, cracks began to show in Casey Johnson and Marnie’s relationship but you know what they say, absence makes the heart grow fonder and cheeky chappy Casey has packed his bags and jumped on a plane to go and get his girl. There’s only one way to find out what happened before they made it official.

Ex On The Beach will be back Tuesday 20th of March on MTV.

In this article:Ex on the Beach, MTV Ex On The Beach