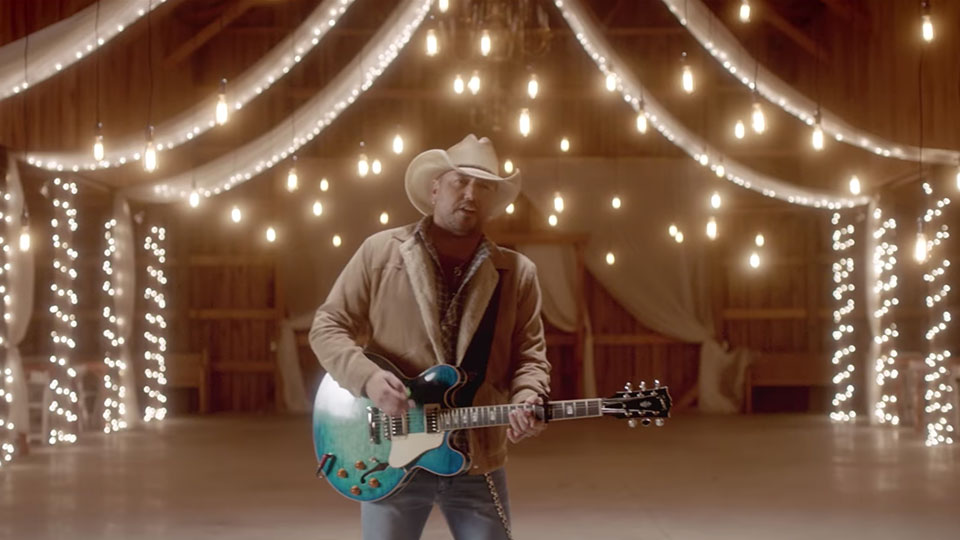 Jason Aldean has released a three-part music video for his new single You Make It Easy.

The ambitious project was directed by Aldean’s longtime collaborator Shaun Silva and filmed outside of Nashville. Over the three parts a suspenseful storyline unfolds with each part featuring a cliffhanger ending.

The music videos follow a couple’s deep-rooted love in the face of unpredictable circumstances.

“The first time I heard this song, I was riding around in my truck,” said Aldean. “I immediately needed to cut it and always felt like it could be the first single. I told Shaun that I wanted the videos to capture the love story that this song tells, and I think one of the things he’s really good at is taking our ideas and running with them in a cool way.”

You Make It Easy is taken from Aldean’s new album Rearview Town, released on 13th April 2018.

Prior to the release of the three-part video, Aldean hosted a few dozen fans at The YouTube Space New York for an intimate screening. He also treated them to a stripped-down performance of the track and a Q&A that also featured Silva.

In May Aldean will launch his High Noon Neon Tour. For more information and for a full list of upcoming tour dates, www.jasonaldean.com.

Watch all three parts of You Make It Easy below: