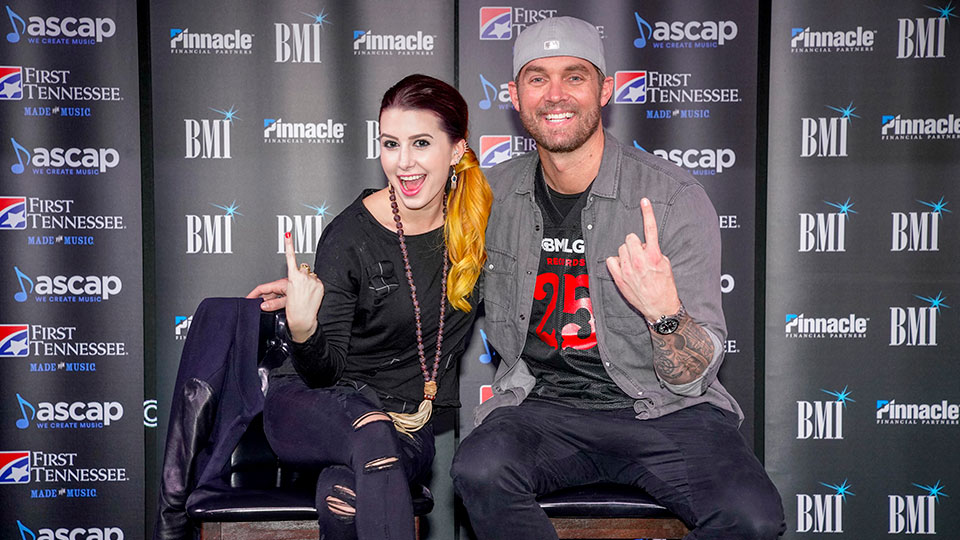 Brett Young’s winning streak continues as he scores his third consecutive number one single with Like I Loved You.

Taken from his self-titled debut album, Like I Loved You follows previous number ones Sleep Without You and In Case You Didn’t Know. Young celebrated his success with co-writer Jesse Lee and representatives from Big Machine Label Group at Nashville Underground earlier this week.

In 2017 Young was one of three acts who earned Gold certification for an album release that year. His breakout smash In Case You Didn’t Know reached 3x Platinum status making him the only debut Country artist since 2014 to earn the honor and the only new Country act to have a song released in 2017 go multi-Platinum.

Young sold out every single stop of his debut headlining Caliville Tour, which saw him supported by Carly Pearce.

Young will return to the UK in March to perform as part of the C2C: Country to Country 2018 festival at The O2 Arena in London. In the US fans can catch Young on Thomas Rhett’s Life Changes Tour 2018 this spring.