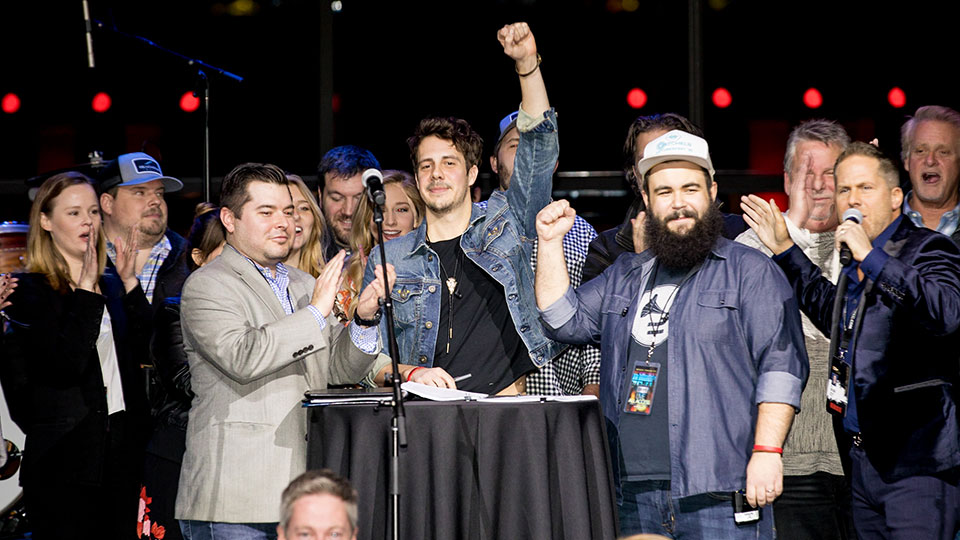 “The first time I saw Everette perform I knew I had to work with them,” says Sara Knabe, VP/A&R, BBR Music Group. “Their music made me smile, it made me want to share it with my friends and family, and it made me want to drink beer. Brent and Anthony have created a soundtrack for every day and everyone, and I am excited BBR Music Group gets to share it with the world!”

Everette’s sound is described as ‘Country music filled with swampy harmonicas and bluesy guitar licks’. The band co-produce and mostly write all of their material. They are expected to release material to Country radio and fans soon.

The duo is managed by Brad Belanger at Homestead / Red Light Management in Nashville, TN.

For more about the band visit www.everette-music.com/.

In this article:BBR Music Group, Everette