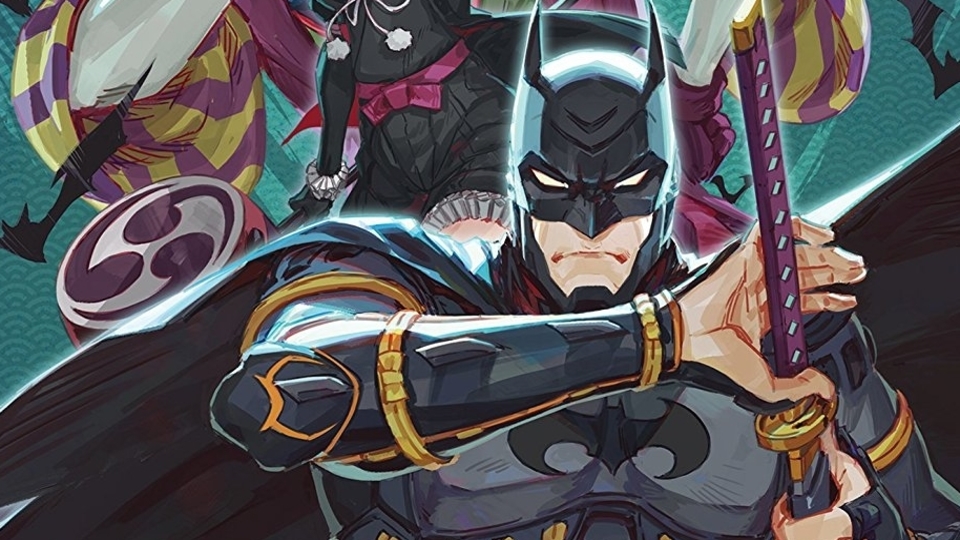 A brand new trailer has arrived for one of the most anticipated Batman animated movies for some time.

Prepare to witness the Dark Knight, alongside many of his most famed allies and infamous foes, in an eye-popping anime display you’ve never seen before when Warner Bros. Japan, DC Entertainment and Warner Bros. Home Entertainment present Batman Ninja.

The all-new, feature-length animated film arrives on Digital starting 24th April 2018, and Blu-ray Steelbook, Blu-ray and DVD on 14th May 2018.

Blu-ray Steelbook and Blu-ray packs will include a limited edition poster of the film’s Japanese artwork. The film will also be available in 4K UHD for Digital only in a release planned for Summer 2018.

Batman Ninja takes a journey across the ages as Gorilla Grodd’s time displacement machine transports many of Batman’s worst enemies to feudal Japan – along with the Dark Knight and a few of his allies.

The villains take over the forms of the feudal lords that rule the divided land, with the Joker taking the lead among the warring factions. As his traditional high-tech weaponry is exhausted almost immediately, Batman must rely on his intellect and his allies – including Catwoman and the extended Bat-family – to restore order to the land, and return to present-day Gotham City.

The script was then reinterpreted and rewritten for English-language distribution by award-winning screenwriters Leo Chu and Eric Garcia (Supah Ninjas, Afro Samurai). Benjamin Melniker and Michael Uslan are Executive Producers.

Roger Craig Smith (Batman: Arkham Origins) and Tony Hale (Veep, Arrested Development) lead an impressive cast as the voices of Batman and the Joker, respectively. Grey Griffin (Scooby-Doo franchise) and Tara Strong (Batman: The Killing Joke) supply the voices of the antagonist & protagonist’s closest allies – Catwoman and Harley Quinn, respectively – while Fred Tatasciore (Family Guy) provides the gruff-yet-sophisticated tones of Gorilla Grodd, a villain who must team with Batman to achieve his own personal agenda.

Other voice actors include Bat-family members Yuri Lowenthal (Ben 10: Omniverse) as Robin, Adam Croasdell (Reign) as Nightwing and Alfred, and Will Friedle (Boy Meets World) as Red Robin, and the Rogue’s gallery also features Tom Kenny (SpongeBob SquarePants) as Penguin and Eric Bauza (The Adventures of Puss in Boots) as Two-Face. Doing double duty is Tatasciore as Deathstroke, Strong as Poison Ivy, and Friedle as Red Hood.

The Batman Ninja extra content on Blu-ray Steelbook, Blu-ray and Digital include;

East / West Batman (Featurette) – Batman meets the anime medium, as this documentary looks into some of the Western tropes and archetypes, meshed into the world of feudal Japan. East meets West, swords, samurai and giant robots, all playing into the clash between Batman and his Rogues gallery.

Batman: Made in Japan (Featurette) – To make a special film about Batman requires just the right artist to bring the mix of style and energy that is unmistakably anime. The filmmakers discuss the Japanese character models, influences and design create a fusion experience into this hyper real world.

Check out the boxart and new trailer below;