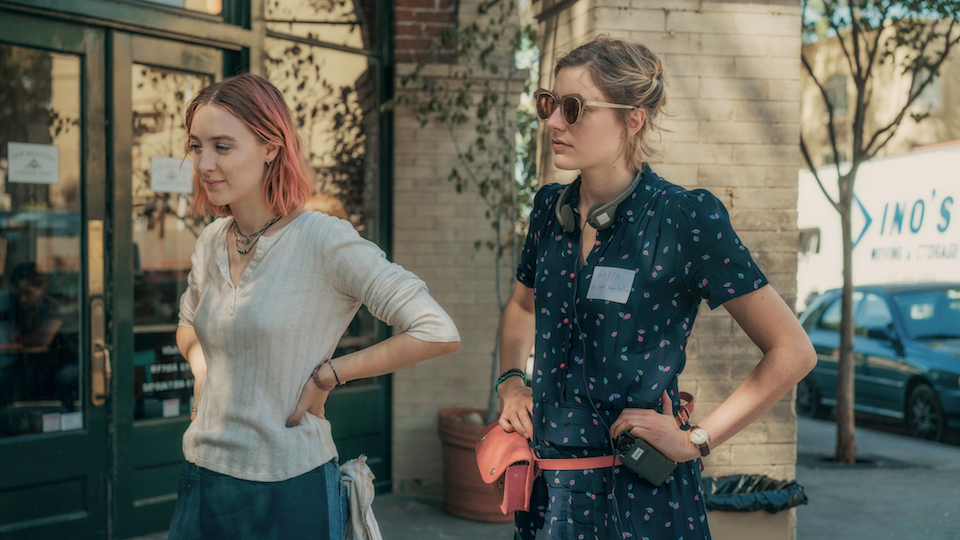 If you’ve been keeping an eye on the American independent cinema scene this past decade, there’s a good chance you’re already familiar with the name Greta Gerwig. If instead you’re saying to yourself, “Greta who?” then you’ve come to the right place.

Welcome to Greta Gerwig 101. A darling of the festival circuit, she first came to prominence as the poster child of the mumblecore scene through her collaborations with Joe Swanberg and the Duplass brothers. An engaging and idiosyncratic on-screen presence, Gerwig gained awards and critical recognition for her keenly observed turns in the likes of Frances Ha and Mistress America, which she also co-wrote.

She has now become only the fifth woman in history to be nominated for Best Director at the Academy Awards, for her solo directorial debut Lady Bird. A beautiful and perceptive coming-of-age story, featuring fantastic performances from Saoirse Ronan and Laurie Metcalf, Lady Bird looks set to propel Gerwig’s career into exciting new heights.

Before Lady Bird hits the big screen on February 23, why not spend a bit of time getting to know her back catalogue with these five must-see films.

Gerwig’s first outing as a co-director, alongside Joe Swanberg, Nights and Weekends is a stripped back, micro-budget, explicit dissection of long distance relationships. The film captures the raw awkwardness of relationships, and showcases Gerwig’s fearless approach as both a writer and a performer.

After gaining some mainstream attention in the Ben Stiller starring Greenberg, Gerwig took the lead role in Whit Stillman’s long awaited comeback, the whimsical Damsels in Distress. A delightfully arch take on the traditional campus comedy, Damsels in Distress further established Gerwig as one of the most interesting and nuanced comedic actresses of her generation.

Gerwig stars and co-writes in this comedy drama directed by Noah Baumbach. An absolute gem of a film, with razor sharp insights into the directionless wasteland so many college graduates find themselves trying to navigate. Gerwig’s terrific writing coupled with Baumbach’s stylistic flourishes, invites favourable comparisons with the likes of Woody Allen and Jean-Luc Godard.

A second writing collaboration with Noah Baumbach resulted in this brilliant 2015 comedy. Once again zeroing in on the self-centred lives of twenty-somethings with devastating accuracy, only this time in the style of a classic Hollywood screwball comedy. Bursting at the seams with wit, sparkling chemistry, and quotable one-liners, Gerwig and Baumbach’s screenplay was nominated for numerous awards.

Greta Gerwig plays the titular Maggie in this fantastic and intelligent romantic comedy from writer-director Rebecca Miller. Unquestionably one of her best performances, Gerwig shares the screen with Ethan Hawke and Julianne Moore, and is every bit their equal. A hilarious and incredibly endearing performance, her face is so expressive, she would have been a huge star in the silent era.