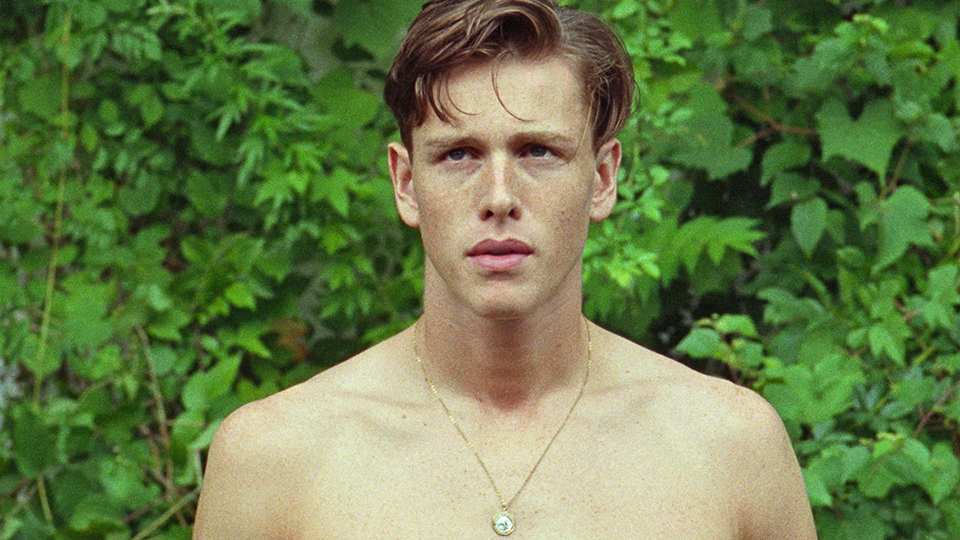 Frankie (Harris Dickinson) lives just outside of Brooklyn and associates with a local group of guys that hang out and get high together. With the eyes of his friends on him, Frankie shows an interest in Simone (Madeline Weinstein) but when he’s alone, he spends his time trawling through a gay webcam site looking to meet older men. Trying to keep his extra-curricular activities a secret, Frankie tries to maintain a façade for his friends while satisfying his cravings.

Beach Rats is the second feature for director/writer Eliza Hittman and for anyone who’s been in the closet, it’s a bit of an uncomfortable watch. Where Hittman excels in her storytelling is capturing Frankie’s conflict as a young man learning about his own sexuality but trying to behave in the way he believes society expects him to. In the first moments of the film, Frankie is terrified about meeting up with the men he finds online but as his curiosity gets the better of him, and indeed his desire, he starts to put himself in situations that could be dangerous and end up outing him.

Frankie is so withdrawn from his family that they don’t have any idea what he spends his time doing, with his mother most concerned about his drug taking. Several times during the film Frankie dismisses the group he hangs with as his friends, unveiling yet another layer of sadness that hangs around him. The only people he is truly himself with, is the men he picks up online and even then, he’s hesitant to attach any meaning to their sexual encounters.

Beach Rats is a gritty portrayal of life in the closet. If you go into this expecting everything to be wrapped up neatly with a nice bow at the end, you’re going to be sorely disappointed. The film aims more to explore the struggle of Frankie and how he tests the environment around him rather than deliver a happy ending that would feel far too convenient.

Harris Dickinson gives a standout performance and it’s no surprise he’s picking up plenty of acclaim and awards. The British actor really does give a fearless performance in a role that requires him to let down his guard, even when his character can’t. Dickinson switches between confidence and self-doubt believably and he throws himself into the full-on sex scenes, committed to his portrayal of Frankie. He’s an exciting talent and one that I’ll definitely be keeping an eye on.

Extras on the DVD including a Making Beach Rats featurette and an interview with Eliza Hittman where she talks about how she wrote from the perspective of a teenage boy.

Hittman really does capture what it’s like to be torn between two worlds with your sexuality at the root of the conflict. Beach Rats is an engaging slow-burn that is deeply rewarding, despite leaving a fair amount unanswered by the end. Perhaps her intention was to leave the audience pondering and Frankie’s behaviour in the last half an hour certainly gives you plenty to think about. The direction is beautiful, the script pretty wonderful and Dickinson’s performance reason enough to watch this movie.