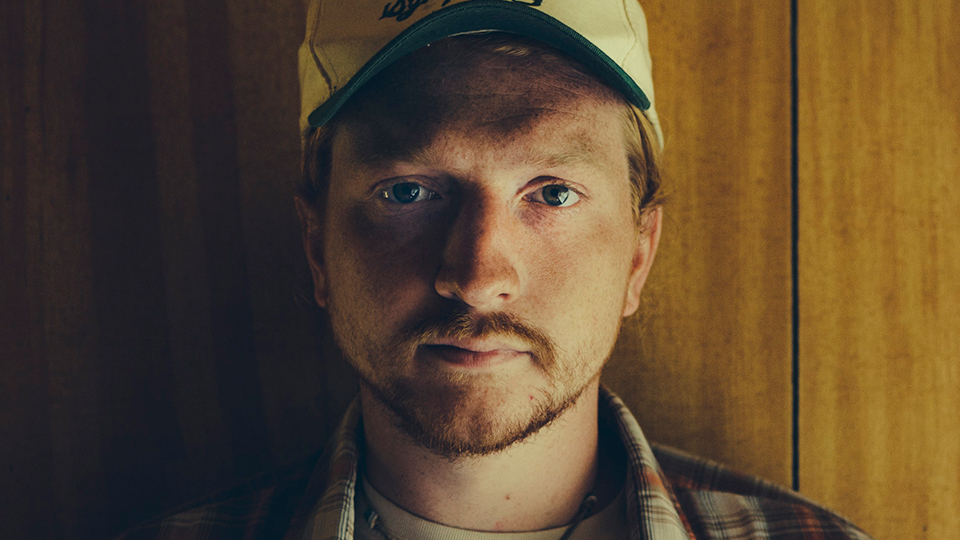 Back in July, Tyler Childers sold out his first UK gig at London’s Slaughtered Lamb, but this time around, there’s an even bigger buzz surrounding the break-out artist.

Since the release of his debut album Purgatory, produced by the Grammy Award-winning artist, Sturgill Simpson and his counterpart, David Ferguson (U2, Johnny Cash), life continues to change dramatically for the 26-year-old from Kentucky.

During his current European tour, Tyler spent time chatting me about the new release, the importance of Appalachian storytelling, and getting the chance to work with people on his bucket list.

What was your plan for the release of Purgatory and how did it come together?

It had been a while since I came out with anything, and it’s just a collection of songs I’ve written over the last six to seven years. They kind of come together as a whole because I wrote them all, and they’re all loosely autobiographical, or stories I’ve heard along the way. It’s been out since August 4 back home, and just came out everywhere else January 5th.

As songwriter, would you say your work is observational, or do you write about personal experiences and those surrounding you?

Did you have a lot of the material ready to go, or did you re-write some songs specifically for the album?

Most of them were ready to go. I think I Swear (To God) I wrote two weeks before we went in (to record), but some of these songs I’ve been touring around on for years.

Did they change during the recording process, or did you perform them exactly as you have on the road?

No, some of them have changed over the years, like Universal Sound is a pretty good example, I was playing that as acoustic, up tempo, and that changed a whole lot.

Sturgill Simpson and David Ferguson are obviously hugely talented and highly regarded in their fields, but what did they bring specifically to your project?

For one, Sturgill built the studio band, the guys he had in mind to use to get the sound we talked about and both wanted to get. Both of them helped with trimming the fat on each song, and helped produce the whole sound sonically in the album. It was a pretty awesome learning experience to be in the studio with them, to watch them work, and work with them.

It goes back to trimming the fat, how you think about the song, the structure of it, what’s necessary, and what’s just there and doesn’t really need to be. It’s helped me with my songwriting, or at least the arrangement of it.

We recorded at the Old Butcher Shoppe, which is Ferguson’s studio, a great spot, really cool vibe, which made it easy to work there.

A lot of these studios feel like places that you go in as a kid where your mom says, ‘you can look, but don’t touch’. That’s kind of hard to work in, because you just don’t feel comfortable, but the Butcher Shoppe is kinda my place. We recorded the album live in two days.

We used all studio guys and I think that was the best move. It’s one thing to be able to play really great parts, and it’s another to come up with those parts. I think the difference is the time in the studio, and these were veteran studio players, and session players. They’ve been doing it for years and that’s what they do. I think it’s a lot like having Sturgill and Ferguson as producers looking at my songs helped get an outside perspective, equally so having these session players come in and play the parts I usually have my guys do, gave them something to take home, and listen to, and learn from. I think it’s grown us as a live band.

Where were you at with your music before Sturgill came on board and you released Purgatory?

I’m 26 now and I had one album that came out when I was 19, a full-length…mostly me and a guitar, it was really something to get out there. I did two EPs, one with a bluegrass band I was working with for a while, and one acoustic.

I’ve been playing anywhere and everywhere I could for six or seven years.

I played a lot in Kentucky, West Virginia, and Ohio, and then branched out to Tennessee, and would hit Georgia quite a bit, and Chicago. I found these circuits we could hit up and worked them. We were a hard-working band, not the hardest working, but working hard.

Considering your upbringing in Kentucky, how important is Appalachian music to you, and storytelling?

I mean, it’s all I know. It’s how I was raised and it’s shaped me as an artist, as a human being, and how I see the world. I think that there’s a lot of eyes on us for a lot of different reasons with the change in industry, and all the troubles that are going on right now…It is what it is, and it’s important for outsiders to understand maybe a little bit of the situations that people in my area are going through. There’s a huge opioid epidemic, people are losing their jobs and we’re just regular people like everybody else (who) have their problems.

Yeah, storytelling too, that’s a pretty important aspect of our culture.

You’ve been working hard for a long time; is it strange to be suddenly dubbed as the next big thing?

It is what it is. It’s exciting more so than annoying because we’ve put been beating the pavement and getting out there, and it’s finally paying off. We’re doing shows in places we’ve never been. Before, you would go to a town you’ve never been to and, chances are you’re gonna get 10 people who accidentally showed up, if you’re lucky, maybe two YouTubed you and found ya.

Hopefully, five of them at least liked it, and then they would show their buddies, and when you came back, you had 20 people. You won every town over that way. Now, we have an album that’s out there in front of us, we’re going to towns and there’s 200 or 300 people. We’re playing in Pittsburgh and we’ve already sold 1100 tickets and we played there one time. That’s a pretty awesome feeling, so the hard work is paying off. We’ve been blessed to work with Thirty Tigers and people who have been brought into our lives who have let us have as much say as we get.

Starting out the way me and my manager and band did, we kept it local, but it’s all on you. It’s not like a lot of other jobs where you show up, you get paid and you get your benefits and all that stuff, it’s like, no dude, it’s all on you. I was crashing on couches and staying with buddies, and then I got married and for a while there we were having to crash on couches together, but we’re not having to do that anymore.

What supporting tours have you got coming up that you’re looking forward to?

I’ve got three shows with John Prine. I’ve always dreamed of having one show with Prine, and so to get three is huge. A checkmark off the bucket list. And then, we’re opening up for Margo Price at the Ryman. I’m really excited about that, I got the opportunity to see Margo in New York City and she has an amazing live show. It was the first time I got to see her live, I was very impressed. It’s a great album, and on top of getting to play with her, it’s getting to play at the Ryman – it’s at the church!