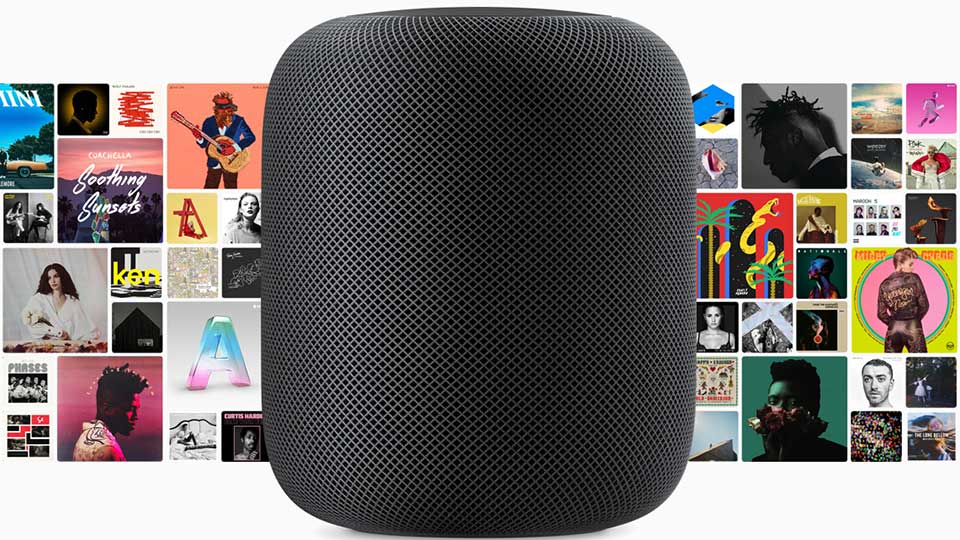 Apple’s innovative wireless speaker, HomePod, is available for pre-order now ahead of its release on 9th February.

Initially HomePod will be available in the US, UK and Australia with a spring release set for France and Germany. HomePod is available at an Apple retail price of £319 in white and space grey.

The HomePod promises to deliver stunning audio quality and is controlled by your voice. It works with an Apple Music subscription and features Siri, like all Apple products.

Using Siri, HomePod can send a message, set a timer, play a podcast, check the news, sports, traffic and weather, and control a wide range of HomeKit smart home accessories.

“HomePod is a magical new music experience from Apple. It brings advanced audio technologies like beam-forming tweeters, a high-excursion woofer and automatic spatial awareness, together with the entire Apple Music catalogue and the latest Siri intelligence, in a simple, beautiful design that is so much fun to use,” said Philip Schiller, Apple’s senior vice president of Worldwide Marketing. “We’re so excited for people to get HomePod into their homes, apartments and businesses to hear it for themselves. We think they will be blown away by the audio quality. The team has worked to give Siri a deeper knowledge of music so that you can ask to play virtually anything from your personal favourites to the latest chart-topping releases, simply by saying ‘Hey Siri.’”

HomePod is just under 7 inches tall and is powered by Apple’s A8 chip. It delivers a wide, spacious soundstage and uses spatial awareness to sense its location in a room, allowing it to automatically adjust the audio to sound great wherever in your home you place it.

Later this year a free software update will be released allowing users to play music throughout the house with multi-room audio. If there’s more than one HomePod in the same room, they can be paired to provide stereo sound.