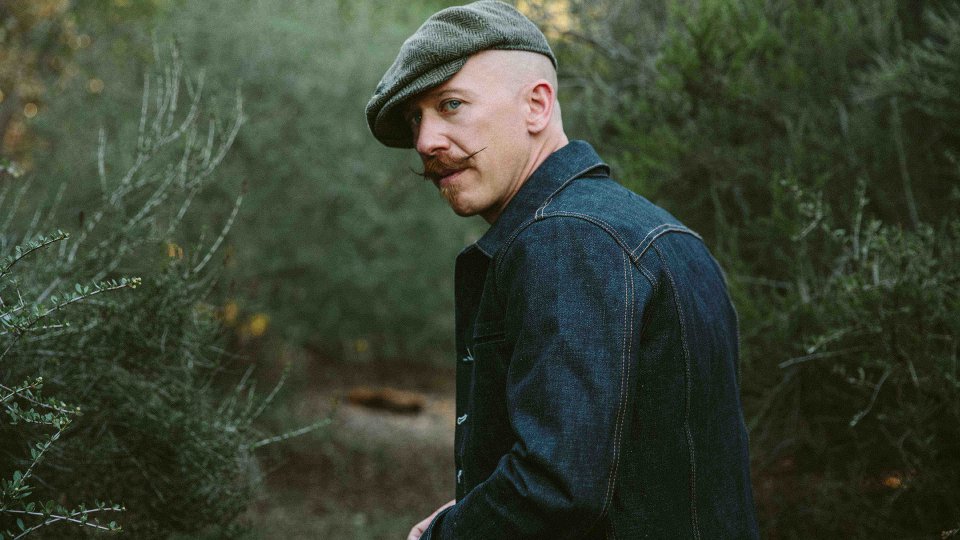 Northern Irish singer-songwriter Foy Vance is the master of the live show – as those of us who’ve been lucky enough to witness him will know, his stage performances are akin to a thrilling roller-coaster ride set to music. Now he’s released a live album which was recorded at his recent An Evening With tour at London’s Union Chapel.

The album opens with Vance singing a capella, encouraging the listener to think of it as ‘a man f***ing about with music’. It really captures the wonderful tone of his voice and shows that he is a serious singer, whilst acknowledging that this is going to be a fun experience. He then segues into a stripped-back cover of Tom Petty’s Free Fallin’, which shows off his skill as a piano player as well as the slight gravel to his vocal and the gorgeous acoustics of the venue where the album was recorded.

Throughout the album Vance mixes tracks from his three previous albums with new material and covers. The simple arrangements of the songs means his voice stands out, ranging from the bluesy feel of Unlike Any Other and Ziggy Looked Me In The Eye to the powerful I Will Be, the raw emotion of It Was Good and the sweet, gentle Coco. It also highlights a huge range of musical styles – including the gospel-influenced And So In Closing, the old-school soul of Doesn’t Take A Whole Day and the classic rock vibes of Closed Hand, Full Of Friends – and shows Vance can turn his hand to any of them. There were some great fun moments too, like a riff on Ed Sheeran’s Galway Girl and an impromptu rendition of the Sesame Street theme tune!

In between songs Vance regularly jokes and chats with the audience about how the An Evening With tour came about, tales from being on the road and stories about his family. Their laughter and applause makes you feel like you’re really there in the crowd and enhances the overall experience in a way that live albums often don’t. Vance also comes across as incredibly warm and good-humoured in these sections, and shows himself to be an incredible storyteller whether he’s singing or speaking.

There are a lot of highlights on this album, including the emotional All The Time Love, the lilting Jimmy And Flowery Rosie, the soaring London City and the yearning The System. I also loved Upbeat Feelgood – which Vance encourages the live audience to sing along to – the uptempo rocky Casanova, and the atmospheric Republic Of Eden. However, one particular standout moment for me was the final song, The Wild Swans On The Lake, which Vance performs a capella. It showed his strength as a singer as he hit big yet controlled notes and the richness in his voice resonated beautifully, and was an absolutely spine-tingling finish to the album.

Overall this is a wonderful record and the next best thing if you can’t make it to Vance’s live show (although I definitely recommend doing so if you ever get the chance!). It’s an album that rewards concentration – this isn’t one to just stick on in the background while you’re doing something else. But if you sit down and listen and immerse yourself in the music, it will completely transport you. For those who’ve seen Vance before, this is a great reminder of a brilliant show; for those who haven’t, it’ll make you want to book tickets tomorrow. Put simply, it’s a treat.

Advertisement. Scroll to continue reading.
In this article:Foy Vance