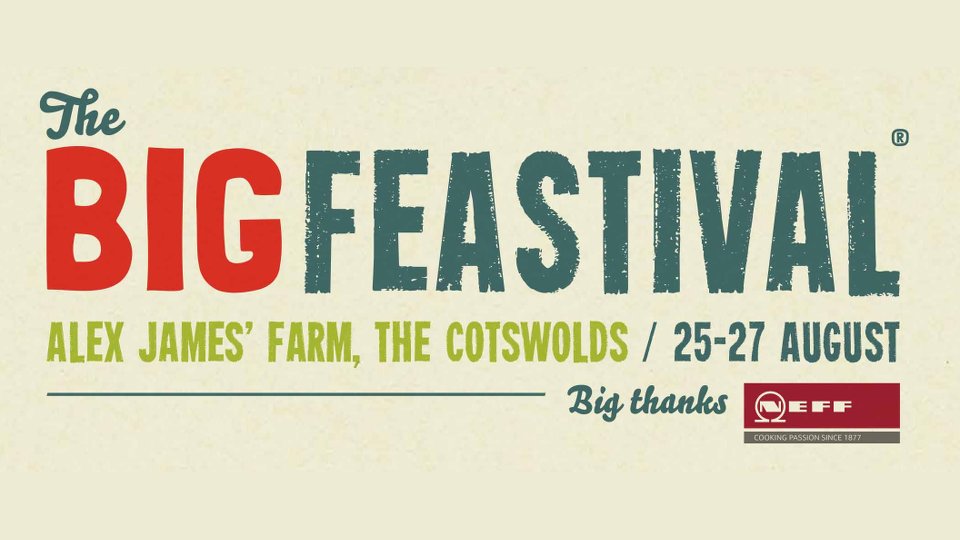 The Big Feastival is celebrating it’s sixth year this summer. And as Jamie Oliver explained, it initially started out as a small event to get people eating better and it was originally held in Clapham. The event escalated and they needed a bigger space to hold it. And what a cool place to have it – on Alex James’ Farm. He’s got plenty of acres to hold the event, he lives in a house, a very big house in the country (couldn’t resist). And now – in partnering with Jamie Oliver, The Big Feastival has quickly established itself as a go-to event for foodies. Alex James makes his own cheese, and has also started to brew his own range of beers and pale ales. This is a festival unlike any other, as its main focus is to celebrate food! What can be better?

The Big Feastival has something for everyone. Although it is publicised as a food festival, the festival is actually brilliantly catered to children. If anything, after walking around the site several times, it looked more like it’s a festival that is catered to foodies and children, in equal measure. It really is the perfect festival for all of the family. Dick & Dom, children’s tv star Justin Fletcher and Marshall from Paw Patrol were all on hand to entertain the children and there were so many rides, and fun and creative tents that the children could get involved in, as well as cooking demonstrations aimed at children, where they can help out to cook a meal. The festival is dotted with an abundance of glitter stations, flower hairband stalls and lots of chill out zones, where you can create something and get to work on making your own crafts. The Cotswolds Farm also had a variety of animals on display, including old-spot pigs, an array of sheep and chicks, and the children were allowed to each hold one of the many chicks, very cute!

There are tons of stalls to sample and purchase food from, including plenty of gluten-free, dairy-free and vegan options. A whole host of established firms that are popular in London, such as Patty & Bun, Smokestack and Bubbledogs also have pop up vans there. There are also some really unique, smaller brands, and many were of the stalls were from the West Country, Cornwall and the surrounding areas. We sampled many wines from the UK, and lots of dips, and various types of healthy bars, and lots of delicious local cider.

Music wise, there are a few stages, where the crowd can enjoy live music. Headlining this year’s event are Hacienda Classics, Olly Murs and Madness. We caught Toploader performing under the colourful tent, where they performed some of their old classics and sounded great. When Dodgy were on the Main Stage singing Good Enough, the song could be heard from the other end of the farm and it got everyone dancing, no matter which part of the festival they were currently standing in! Louisa Johnson sounded on fine voice, as she talked about her adventures as the support act for Olly Murs on his latest tour. Louisa covered many popular songs, which meant that the entire crowd should sing along and she did a great cover of Shape of You by Ed Sheeran.

You should not miss the area called Alex James’ The Cheese Hub, which as the name suggests, was very cheese friendly! The cheese made by Alex James was available to buy and sample in a mixed cheese plate, it also has a DJ where you can dance to deliberately picked cheesy songs, or have a cocktail in the ‘Groucho Bar’!

The event has established a really fine list of celebrity chefs this year, including the likes of Rick Stein, Antonia Carluccio, Emily Watkins, Gennaro Contaldo and Jose Pizarro, to name but a few. The chefs are on hand to do live cooking demonstrations – with the held of a few members plucked up form the audience, as well as sign copies of their latest recipe books and talk about their life as a chef. Fearne Cotton made a visit to sign copies of her latest cookbook – Cook Eat Love, and was as lovely and bubbly as ever, as she was accompanied by her son, who sat on her lap as she signed copies of the book for her many fans, who formed a very long line to meet her. On Friday night, there was also an event called Friday Night Supper Club, where guests were cooked for by four celebrity chefs, with all proceeds raised going to a charity to help refugees.

If all of this isn’t enough, the event also has an old-school hourly games area, where you can join in games such as the sack race, 3 legged race, tug of war, egg & spoon race and hopscotch and skipping. The Big Feastival made us feel nostalgic, warm, chilled, happy, and very full! It is a really fun festival, for all ages, and it has something for everyone. Set in the heart of the beautiful Cotswolds, this is an idyllic spot, which has great facilities and it comes as a highly recommended festival.