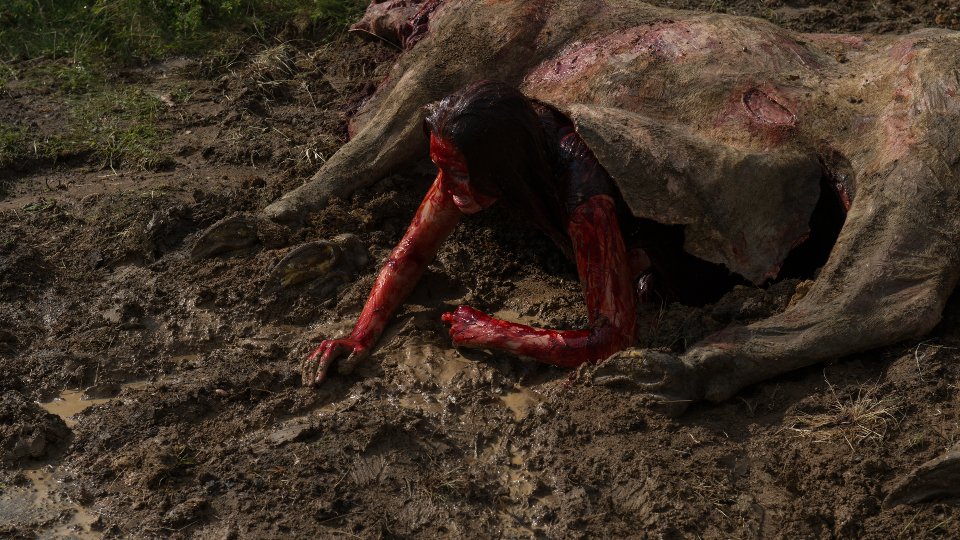 Horror Channel FrightFest 2017 kicks off on Thursday evening but the festival really gets going on Friday when there are a ton of films to choose from.

The second day of the 2017 festival will feature the world premiere of Leatherface, the latest instalment in The Texas Chainsaw Massacre franchise. It’s sure to be one of the highlights of the weekend!

We’ve scoured through the films on offer and picked the ones we think you should set time aside to see. Check out our Day 1 preview!

Keep reading to find out more about the films…

Plot: An Internet-dating playboy’s life spirals out of control after meeting a woman online in a darkly funny, yet disturbing horror suspense thriller. A look at modern dating techniques and the way people use the Internet to inform and often needlessly complicate their lives. From director David Chirchirillo, the writer of Cheap Thrills, a postmodern Fatal Attraction for the Tinder Generation, which builds upon expectations, and then completely shatters them. No one is who they seem, nothing plays out the way one thinks it will, and by the shocking end, one is left questioning their own lives as a result.

Plot: Liam wakes from a car crash with no memory of who he is. As he makes his way into town to look for help, he finds only dead bodies, all with strange pale eyes. Liam’s first assessment is that a virus is present in the air and starts taking every precaution. But he soon discovers the horrible truth: anyone who comes within a 50-foot radius of him dies instantly. Then he meets Jane with whom he seems to have some sort of bizarre connection. However neither is prepared for the terrifying and appalling truth that binds them together.

Plot: Chip (Matthew Gray Gubler, star of ‘Criminal Minds’) is a hapless nice guy who pumps sewage for a living and is completely infatuated with his out-of-control girlfriend, Liza (AnnaLynne McCord). Realizing she wants a better life outside of their trailer park, Liza informs the besotted Chip of her plan to prosperity: jack the $68,000 currently residing in her sugar daddy’s safe and take off together for greener pastures outside of Louisiana. But when their robbery attempt goes crazily wrong, she shows her true, off-kilter colours to her beloved, complicating both their relationship and Chip’s own upstanding sense of morality.

Plot: Want to know the shocking incidents, twisted psychology and outrageous bloodshed that led up to The Texas Chainsaw Massacre, the classic 1974 horror? Well, if your nerves can stand it, directors Julien Maury and Alexandre Bustillo, the duo who helmed the extreme French masterpiece Inside, will take you on one of the most terrifying experiences of your life in this stunning prequel. Four teenage patients escape from a mental institution, kidnap a nurse and take her on a road trip to hell. Pursued by a deranged lawman bent on revenge, the human skin-masked monster is about to appear…