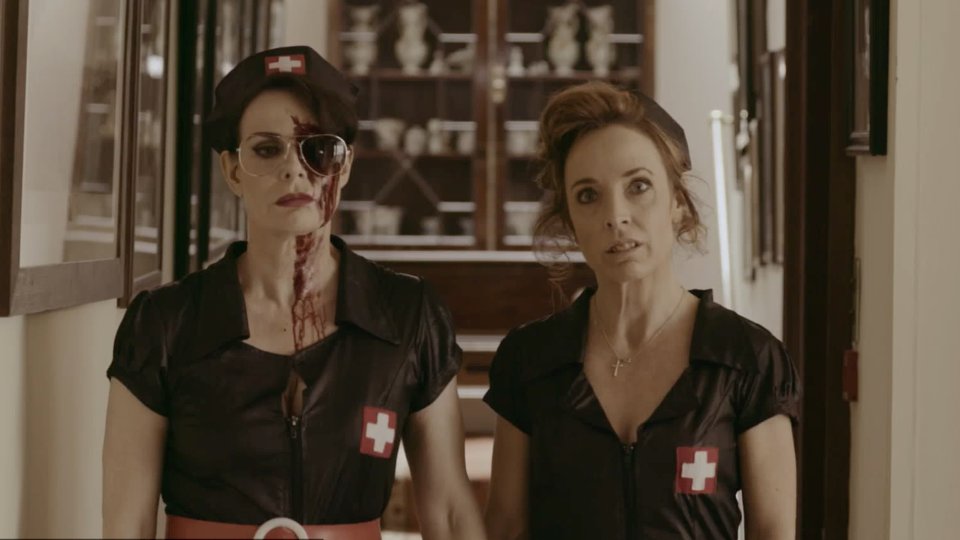 Horror Channel FrightFest returns for 2017 this week and the 5-day line-up is bigger and better than ever.

The third day features a 10th anniversary special event screening of cult horror movie Hatchet starring horror legend Kane Hodder. There’s plenty of stuff going on across the various screens so we’ve picked out what we think will be the best of the bunch!

Check out our Day 1 and Day 2 previews to find out what films we think you should make time for.

Keep reading to find out our picks for Saturday 26th August…

Plot: A young couple decides to move to an Australian orchard surrounded by natural bushland to escape the madness of modern life. But they soon get the feeling their property is being watched by someone with sinister intentions. Then they find out their house has a past history and that after terrorizing his victims for a couple of days the unknown Watcher always kills his victims on the 3rd night. Tick, tock, time is running out… Informed by the classic horrors Last House on the Left, Rosemary’s Baby and The Wicker Man, this outback shocker is based on true events.

When: 11am (Cineworld Discovery Screen)

Plot: They knew it would take steely resolve and iron daring to go up against the violent sect who have brainwashed their teenage son, Justin. But the estranged Powell family and the cult deprogrammer they’ve hired in desperation had no idea how soon they would become the bloody prey in the suspense shocker, based on a true 1980s story, from director Kevin Greutert the visionary SAW VI and SAW 3D luminary. A potent blend of the horror thriller, home invasion terror and murder cult chiller, prepare for a tense and claustrophobic experience that will shatter your nerves to the bone.

Attack of the Adult Babies

Plot: From Dominic Brunt, director of Before Dawn and Bait, a satirical and sexy shocker unlike anything you’ve ever seen before. A home invasion forces two teenagers to break into a remote country manor and steal Top Secret documents. Little do they know the stately pile is also the venue where a group of high-powered middle-aged men go to take refuge from the stresses of daily life by dressing in nappies and indulging their every perverse nursery whim. Or that this grotesque assembly intends to refuel the world’s economy by very sinister, sick and monstrous means. Time for a change…

Plot: To celebrate a decade of the franchise, writer/director Adam Green is returning to FrightFest with the World Premiere of a new Hatchet containing never before seen footage and extended death sequences cut from the film before its 2006 festival run in anticipation of the ugly battle producers feared they would face with the US ratings board. Those ongoing fights made history in 2010 when they pulled Hatchet 2 from US theatres in its opening 48 hours. See the version of Victor Crowley that you’ve never seen before as he paints the Cineworld screen red in all of his slashing glory.

Plot: Jumanji meets Battle Royale in the goriest game changer. Seven millenials discover an obscure electronic board game and decide to test their wits against it. Positioning their fingers on respective buttons, they each receive a pinprick and a few drops of their blood trickles towards the centre of the board. An on-screen message flashes that now a grand total of 24 people must be killed as quickly as possible or one of them will be randomly eliminated via head explosion. It’s kill or be killed as they either turn on each other or start searching out innocent victims.