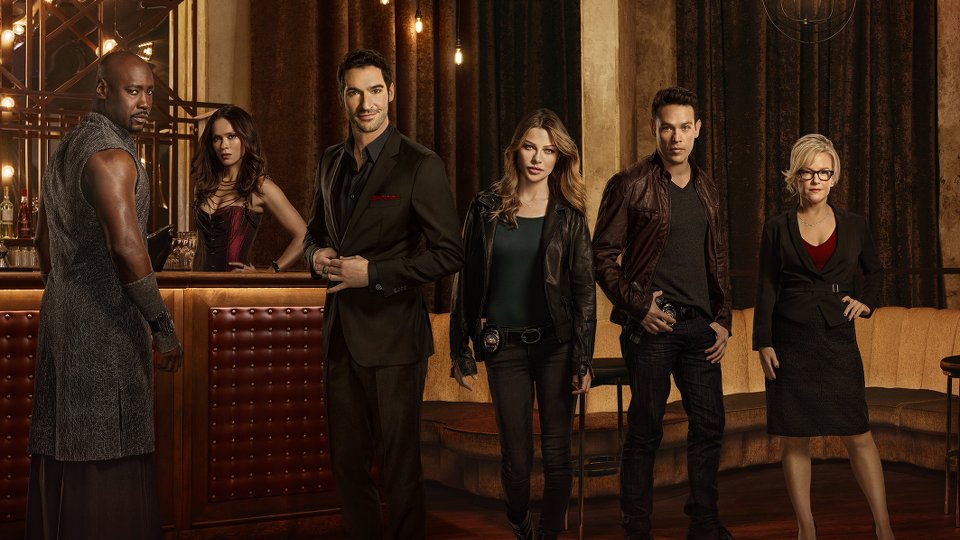 Lucifer is finally coming to television in the UK when it debuts on FOX at 9pm on Thursday 31st August 2017.

Up until now the series has only been available to Amazon Prime Video subscribers or to those who have bought the show on DVD. Lucifer stars Tom Ellis (Miranda), Lauren German (Chicago Fire), Kevin Alejandro (Southland, True Blood), DB Woodside (Suits, 24), Lesley-Ann Brandt (The Librarians), Scarlett Estevez (Daddy’s Home) and Rachael Harris (The Hangover).

Lucifer is based on characters created by Neil Gaiman, Sam Kieth and Mike Dringenberg. It follows Lucifer Morningstar (Tom Ellis), the original fallen angel, who has become dissatisfied with his life in hell. Retiring to L.A., he inadvertently teams up with an LAPD detective to help punish criminals…Can the Devil incarnate be tempted toward the side of Good, or will his original calling pull him back toward Evil?

Toby Etheridge, Head of Programming, Fox Networks Group UK, commented: “Lucifer is ridiculously entertaining; part supernatural drama, part police procedural, part dark comedy; the series takes everything we think we know about the world’s greatest villain and flips it upside down. British actor Tom Ellis is having the time of his life playing the Lord of Hell, and so will our viewers with the television premiere of Lucifer on FOX.”

Lucifer starts on FOX on Thursday 31st August at 9pm.