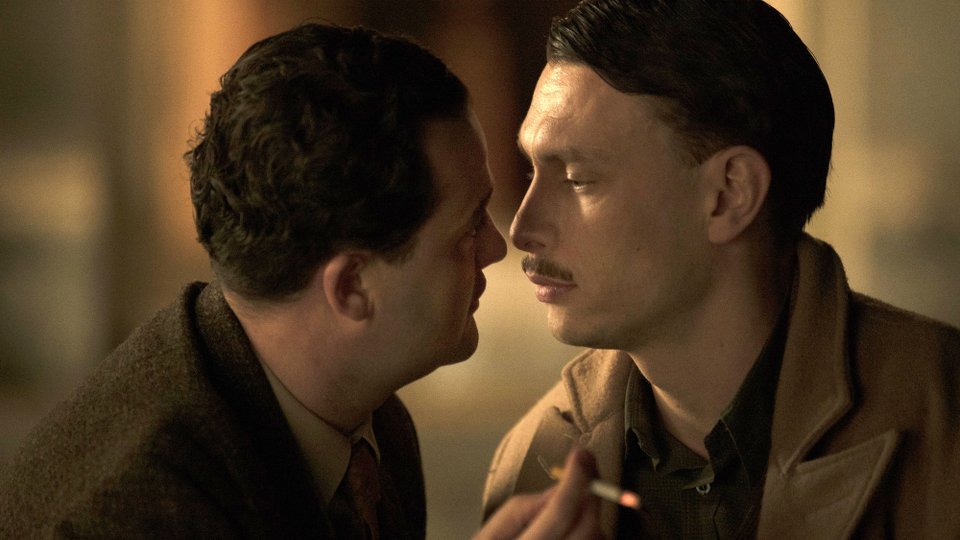 Against the Law will be released on DVD by Network Distributing on 11th September 2017.

The factual drama was aired as part of BBC 2’s Gay Britannia season, which commemorated the 50th anniversary of the 1967 Sexual Offences Act.

Set in the 1950s, journalist Peter Wildeblood (Daniel Mays) meets RAF corporal Peter McNally (Richard Gadd) and they begin a love affair at a time when being gay is against the law. This lead to to Wildeblood being arrested and put on trial alongside his two friends Lord Montagu and Michael Pitte-Rivers to be given a prison sentence. Determined to set an example, he’s given a jail sentence but is also started a change in public opinion. His release coincides with the setting up of the Wolfenden commission set up to consider amending existing laws ion homosexuality. His testimony contributed to the eventual change in the law in 1967.

The addition of eyewitness accounts from gay men offering poignant reminders of the emotional, mental challenges as well as continual abuse and hostility that homosexuals experienced before 1967.

Against the Law was directed by Fergus O’Brien (Benefit Busters, Inside Harley Street and The Armstrongs) and based on the best-selling autobiography from Peter Wildeblood.

Brian Ellis (An Englishman In New York, and BAFTA-nominated Fear Of Fanny) adapted the book for TV.

In this article:Against the Law