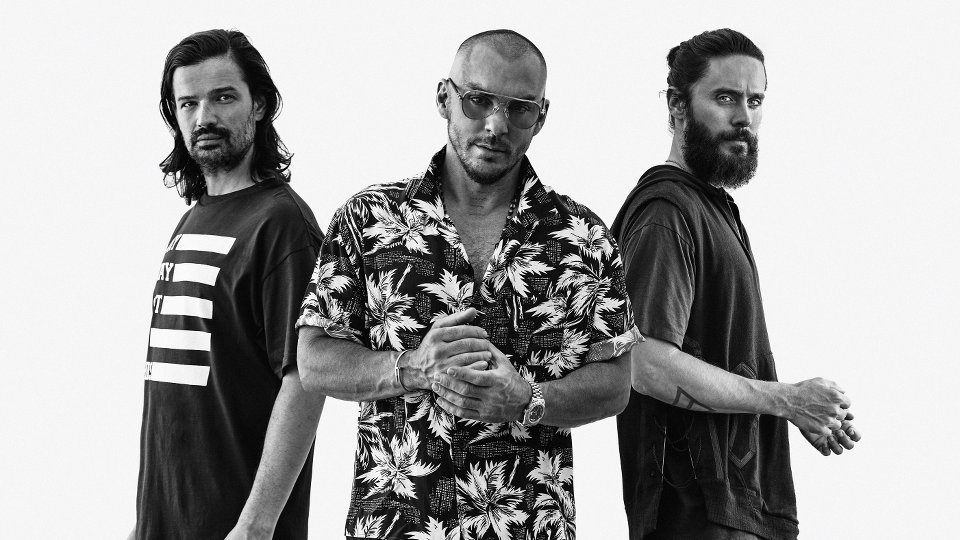 Thirty Seconds To Mars will release new single Walk On Water, the first from their forthcoming fifth studio album, on 22nd August 2017.

The band will give the song its television debut during the MTV Video Music Awards on 27th August. Thirty Seconds To Mars first hinted at new music back in June on their official Twitter account.

Jared Leto says “After four long years, hundreds of days, thousands of hours, gazillions of seconds, we have finally managed to finish a single fu**ing song. Whoever thought “soon” would actually be here “now”. With the help of groundbreaking nanotechnology, chatbots and self-driving music software, we have wrangled from the depths of our cold black hearts, some semblance of a song. If you’re still reading this press release and managed to get this far, you should probably get to work or school before you get fired or grounded. If you’re stubborn, like I am, please continue and let me share with you a few words on our brand new single, the ever so subtle and minimalist ode we tenderly call Walk On Water. Of course this entire paragraph is complete and total hogwash but I’m not sure exactly what to say about the song. Honestly, we miss you all. We can’t wait to get back on the road and we couldn’t be more proud to share with you the first first single off of our new album. And yes, we have been working on it for four years. The last time we put an album out, there were no self driving cars, no fidget spinners, President Trump was still that guy on The Apprentice and Jon Snow hadn’t even died yet. #SpoilerAlert”

Walk On Water will be released on Interscope Records and is the first new music from the band since 2013 album Love Lust Faith + Dreams.

Recently the band hit the road with Muse for a 20-date North American summer tour. Over their career to date, Thirty Seconds To Mars have sold 15 million albums worldwide and sold out arenas and stadiums across the globe.

On 4th July the band filmed a documentary titled A Day in the Life of America, which captures American life over the course of a single day. It is due for release in 2018.

Preview the new single Walk On Water below:

Advertisement. Scroll to continue reading.
In this article:Jared Leto, Thirty Seconds To Mars