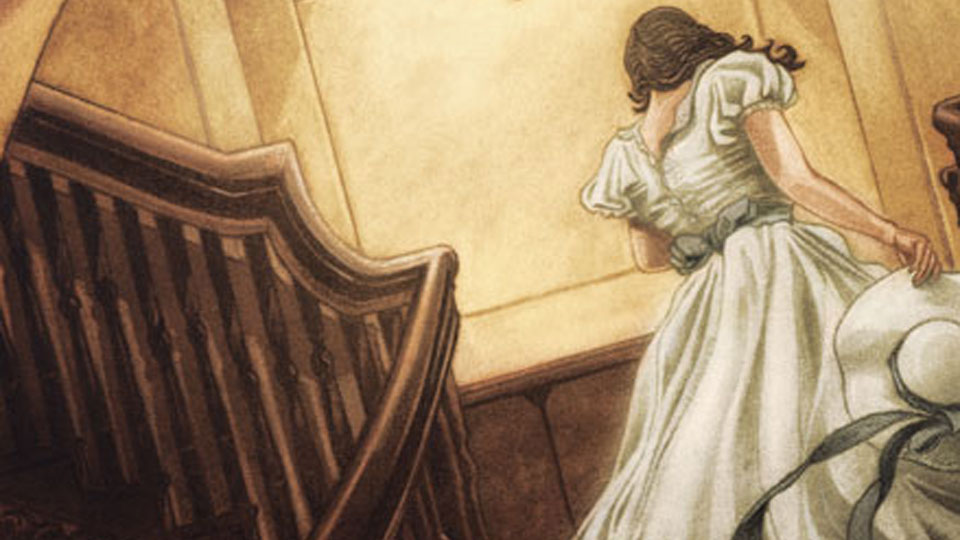 Daphne du Maurier’s classy and timeless thriller Rebecca has been selected by The Folio Society as an addition to their catalogue. The new edition is in the customary hardback presentation with protective card slipcase, and is illustrated with both pencil drawings and full-page colour inserts by DG Smith that bring to life the story and evoke the 1930s setting.

First published in 1938, Rebecca has remained a phenomenally successful book ever since. Many people are familiar with the numerous screen adaptations – Hitchcock’s incredible Hollywood motion picture that appeared the year after publication and helped to cement Laurence Olivier as a leading film actor is perhaps still the best-known, but the book is well worth a visit.

In a way, the fact that Rebecca is genre fiction (in other words, a thriller) works against expectations, as it may be found lumped in with the turgid, characterless Agatha Christies. But Rebecca remains an incredibly refreshing and rewarding experience.

Du Maurier is a very fine writer, both in terms of literary style and, perhaps most especially, in her attention to detail and precise control over the nuances of her plot, slowly revealing truths only when she wants her reader to know them (it’s easy to see precisely why Hitchcock wished to take on the project).

The story is told from the point of view of an unnamed young woman who meets the dashing widower Maxim de Winter a year after the death of his wife in a seemingly tragic accident. At the start of the story, the narrator is saddled with the job of companion to an outrageously snobbish old woman, Mrs Van Hopper. A courtship with Maxim de Winter brings excitement into her life, even though some of his behaviour is erratic to the point of reckless. The narrator soon assumes the mantle of the second Mrs de Winter and goes to live in the family home of Manderley, but a great and sinister presence hangs over her increasingly unhappy life there, that of the dead woman: Rebecca.

Du Maurier’s novel is delightfully clever and entertainingly psychological. In Mrs Danvers, the housekeeper devoted to viciously preserving and protecting the memory of her obsessively beloved late mistress, du Maurier creates one of the most memorable antagonists in literature. Maxim de Winter fascinates too – he is alluring by his charm, yet he’s also (at the very least) amoral, and never wholly sympathetic.

If there is a weakness to the book, it’s in a spattering of purple patches in the prose, certainly by today’s descriptively terser standards, but there’s so little wastage of anything that doesn’t serve the plot and the characters that Rebecca emerges as a tight, well-conceived and brilliantly executed thriller. It will appeal equally to lovers of page-turners and readers who prefer literary merit. It’s an amazing achievement to name a novel , and have the most enduring presence in it, after a character already dead before it starts. Rebecca is an audacious novel by a writer who was at the height of her considerable powers. It’s spellbinding eighty years on.

The Folio Society’s edition, especially with the attractive floral pattern, signature of Rebecca de Winter in the centre of the cover, and red and blue colours picked out in gold, will be an impressive part of any collection. DG Smith’s illustrations enhance the reading experience: the second Mrs de Winter is never fully revealed, but we catch a tantalising glimpse of Rebecca’s face, albeit through a haze of smoke…