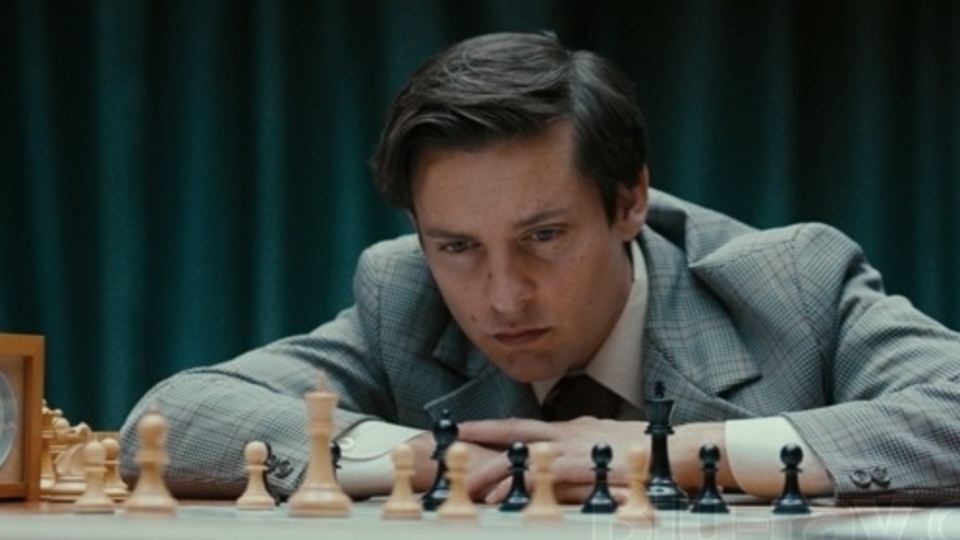 The enthralling chess biopic Pawn Sacrifice, starring former Spider-Man Tobey Maguire, launches on Sunday 13th August on Amazon Prime Video in the UK – the same day as it does in cinemas.

Starring Tobey Maguire (Spider Man, The Great Gatsby) as American chess prodigy, Bobby Fisher, this gripping, true story set during the height of the Cold War follows Fischer as he finds himself caught between two superpowers when he challenges the Soviet Empire, culminating in an epic set of matches at the 1972 World Chess Championships.

Pawn Sacrifice chronicles Fischer’s journey from living in Brooklyn to capturing the imagination of the world. Incorporating historic footage, the film follows the story of his championship and his gradual descent into psychosis caused by the pressure to win every chess game.