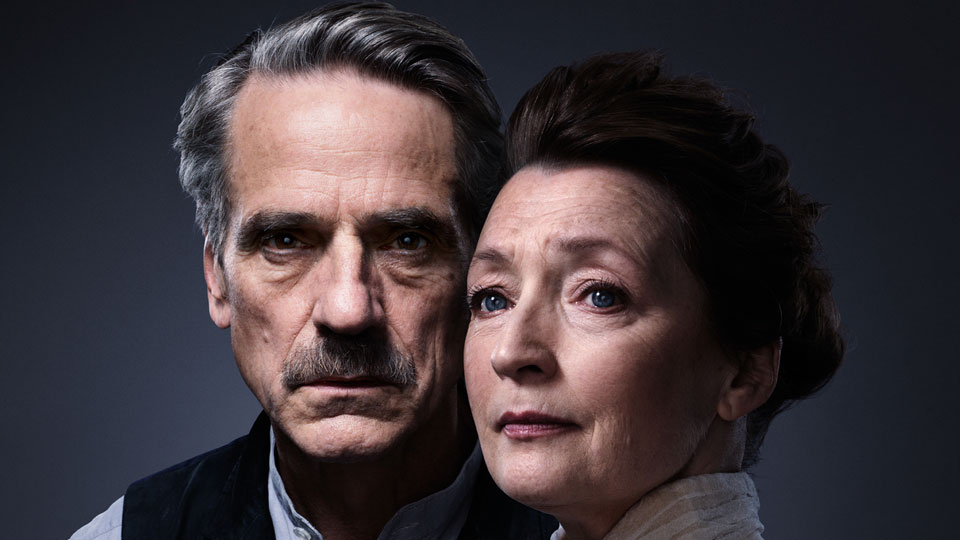 Considered one of the most powerful American plays of the 20th century, the production will play a strictly limited 10-week West End season at Wyndham’s Theatre from 27th January to 8th April 2018.

The Tyrones’ summer home, August 1912. Haunted by the past but unable to face the truth of the present, the Tyrones and their two sons test the bonds of a family caught in the cycle of love and resentment. As day turns to night and the family indulge in their vices, the truth unravels leaving behind a quartet of ruined lives.

Jeremy Irons said, “Over forty years ago I saw Laurence Olivier play James Tyrone. I never dreamed I would one day be given the opportunity to play him myself. I am so glad I have the chance to work again with Richard Eyre and Lesley Manville on this, one of America’s greatest plays.”

Lesley Manville said, “Shortly after Richard Eyre and I worked together on Ghosts he asked me if I’d be interested in doing Long Day’s Journey Into Night with him at Bristol. Ghosts is a big, emotional and epic play but not even that prepared me for the challenge of O’Neill’s masterpiece which is, by far, the hardest play I have ever done. But at the same time thrilling. I cannot wait to play those scenes again to a wider audience. O’Neill is a genius and Richard Eyre’s production gives nothing but credit to this classic American family saga.”

Jeremy Irons had his big break in Brideshead Revisited and made his Broadway debut in 1984 opposite Glenn Close in The Real Thing, which won him a TONY Award. An internationally renowned actor, he is well known not only for films such as The French Lieutenant’s Woman, The Mission, Reversal of Fortune, Being Julia and Lolita, but also for the variety of his work – everything from The Lion King to The Borgias. He is one of only a handful of actors to have won an Oscar, a Tony and an Emmy for his work.

Lesley Manville is an award-winning actress, she is a frequent collaborator with director Mike Leigh, winning the London Film Critics’ Circle Award for British Actress of the Year for her work in both his 2002 film All or Nothing and his 2010 film Another Year, for which she also won the National Board of Review Award for Best Actress. Manville’s extensive stage career includes roles in Top Girls (Royal Court 1990), Les Liaisons Dangereuses (RSC 1986), His Dark Materials (National Theatre 2005), Pillars of the Community (National Theatre 2005). and Six Degrees of Separation (Old Vic 2010). In 2012, she was nominated for an Olivier Award for her role in Leigh’s play Grief (National Theatre 2011), before going on to win the 2014 Olivier Award for Best Actress for her role in the revival of Ghosts (Almeida 2013) directed by Richard Eyre.

See www.LongDaysThePlay.com for details and to book.