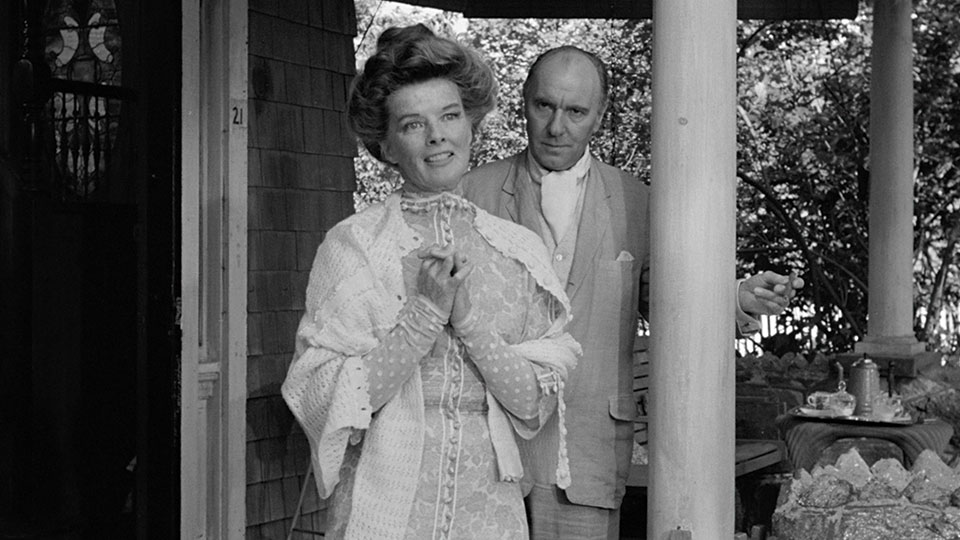 Eureka Entertainment to release Sidney Lumet’s adaptation of Eugene O’Neill’s famous stage play, Long Day’s Journey Into Night, for the first time ever on Blu-ray and DVD in the UK, in a Special Dual Format (Blu-ray & DVD) edition as part of The Masters of Cinema Series from 16th March 2020.

Adapted directly from the play by Eugene O’Neill (considered the Nobel laureate’s magnum opus), Long Day’s Journey into Night is a four-act study of addiction and recrimination that the playwright claimed was written “in tears and blood”.

Taking place over a single, fateful day in the summer of 1912, the Tyrone family (modelled after O’Neill’s own) confront their bitter failings and long-held resentments. Patriarch James (Ralph Richardson) is a renowned stage actor who’s never forgotten his squalid Irish childhood, and has forsaken artistic ambition for commercial success. His wife Mary (Katharine Hepburn) has developed a morphine addiction, his eldest son Jamie (Jason Robards, Jr.) is a violent alcoholic and failed actor, and his youngest (and clearly favoured) son Edmund (Dean Stockwell) is a nervous young man in poor health. All of them have something painful to say, and their silence is even worse.

Directed by Sidney Lumet (Serpico, The Offence), whose instinctive understanding of adaptation and near-telepathic rapport with actors made him the perfect director for the material (Lumet had previously adapted O’Neil’s The Iceman Cometh into an acclaimed TV drama, also starring Jason Robards), The Masters of Cinema Series is proud to present Long Day’s Journey into Night in its UK debut on Blu-ray and DVD in a Special Dual Format edition.

Long Day’s Journey Into Night, Sidney Lumet’s epic and emotional adaptation
of one the great American stage plays, is released on Monday 16th March on Dual Format and can be purchased at https://amzn.to/36F5837.

To celebrate the release we’ve got 3 copies on Dual Format to give away. Enter below for a chance to win…

In this article:Eureka Entertainment, Long Day's Journey Into Night