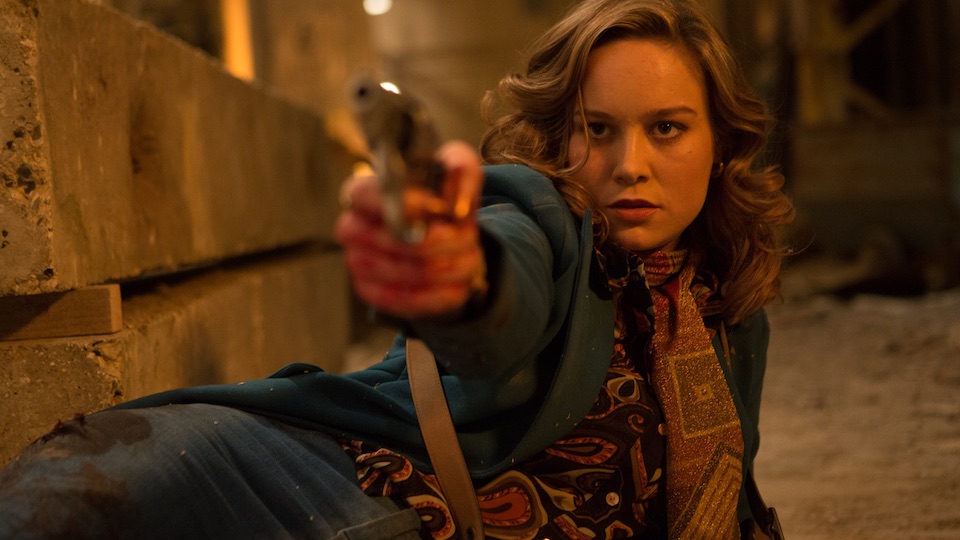 Ben Wheatley has come a long way since Down Terrace, his ultra-low-budget debut feature about a family of gangsters. And in keeping with his radically efficient, no nonsense method of filmmaking, he’s done it in pretty quick time. For most independent filmmakers in the UK, it takes somewhere between five and ten years to get a film made, and most never get to make a second feature. It’s only been seven years since Down Terrace first hit the screen, and here we are with Free Fire – Wheatley’s sixth film – a high octane action thriller with big name stars, and even an Academy Award winner.

Set entirely in one location – a warehouse in Boston – Free Fire has only the barest bones of a plot. It’s basically a one act set up, followed by two acts of prolonged firearm based carnage. Set in the 1970s, at the height of The Troubles, two senior IRA soldiers come to Boston to buy machine guns from a shady arms dealer. Shit goes down. It’s that simple. Free Fire is an old school slice of genre cinema, and it’s an absolute blast.

Featuring Cillian Murphy and Michael Smiley as the IRA boys, Sharlto Copley and Babou Ceesay as the arms dealers, Brie Larson and Armie Hammer as the enigmatic middle men who made this deal happen, and Sam Riley, Jack Reynor, Enzo Cilenti, and Noah Taylor as the hired muscle. Wheatley and co-writer Amy Jump swiftly establish the characters with snappy dialogue and visual style. Even before any of them speak you can tell what sort of character they are by the cut of their suit and the style of their hair. It’s a great bit of character shorthand, and fans of extreme 70s coiffures and facial fuzz will be delighted.

As the deal goes south, and the bullets start flying and ricocheting all over the place, Wheatley’s gallows humour finds a terrific outlet in the ensuing action. Should he so choose, the action thriller genre could keep him very busy for the next few years. In the occasional quiet moments as weapons are frantically reloaded, the warehouse echoes to the moans and groan of the bloodied and wounded, as they belly flop around, looking for safety or a better angle from which to shoot. It’s dark, funny, kind of pathetic, and you imagine a fairly realistic portrayal of gun fights.

What Free Fire does with its gun play that mainstream Hollywood mostly forgets to do, is showcase the genuine destructive power of a bullet. There are no scenes in Free Fire of someone taking a shot to the leg, tying a belt around their thigh, and then continuing to kick ass. If you get shot in the leg in this film, you are going down and staying down. As Michael Smiley’s Frank says when talking about his hometown, this is “the real Hollywood…not your Cecil B. DeMille bullshit.”

The cast are clearly having a ball, playing dress up and shoot ‘em up, and it comes across on the screen. Sharlto Copley is hilarious in small doses as Vern, the slimy Rhodesian arms dealer, but he is perhaps a little too cartoonish. Brie Larson and Cillian Murphy add star power and sexiness to proceedings, but the real stars are Armie Hammer and Jack Reynor, who bring depth and humour to their respective scumbag characters.

Stylistically beautiful, all burnt colours and autumnal hues, Free Fire stays true to the overt 70s aesthetic. But is it all style over substance? You could certainly make that argument. From the minimalist plot, the over-stylized costumes and cool needle drops, to the amazing marketing campaign with the insanely cool character posters. It has all seemed like an exercise in visual flair. But as morally dubious as they are, I really liked these characters, and enjoyed the hell out of the brief time I spent watching them trying to kill each other.