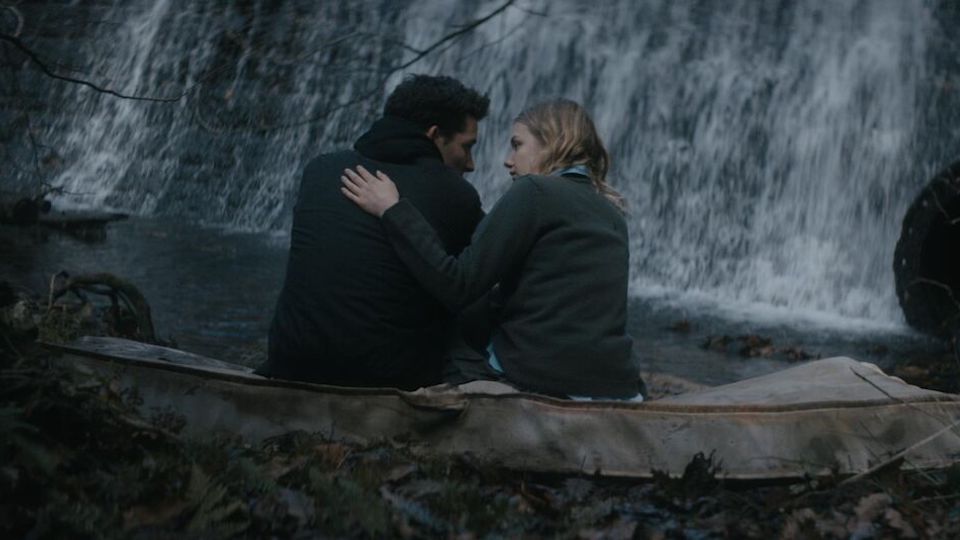 You might remember this one from the news a few years ago. Bridgend, a small town in South Wales was thrust into the international spotlight when it emerged that young people in the town were committing suicide with alarming regularity. There were nearly 80 hangings in a five-year period, before the police enforced a media blackout, leading to speculation that many more went unreported. It is a horror story of unremitting bleakness, and one that Danish director Jeppe Rønde has bravely attempted to depict in this deeply sombre drama.

In this fictionalised snapshot of the real events, a policeman (Steven Waddington) moves back to Bridgend with his teenage daughter Sara (Hannah Murray – best known as Gilly from Game of Thrones). This is his hometown and he is coming back to investigate the spate of suicides. Needless to say, he doesn’t do a very good job. The hangings continue. Despair looms over the town like mist from the valley, and Sara soon makes friends with the group of teens at the centre of this storm. They aren’t the most compelling bunch, all drawn in very broad strokes – angry, sullen, and emotional – and prone to dark silences and bursts of repressed sexual violence.

The director has a wonderful eye, bringing his European art-house sensibilities to this small corner of Wales, and imbuing it with a real melancholy beauty. The film is thick with atmosphere and foreboding claustrophobia. Unfortunately the crass fictional story they’ve dropped onto these devastating real-life events fails to do them justice. I wonder if anything could do them justice? Could even the most sensitively handled and beautifully written fiction make sense of what happened in this town? I think perhaps not.

What Rønde has created is a chilling mood piece, but nothing more. If you want insight or answers you will not find them here. Murky and ambiguous, this is more an abstract portrait of disaffected youth. We don’t see them at school, or trying to get jobs, we barely see them with their families. Instead we see them together, this bizarre tribe of angry kids, borne of miners and rugby players, drinking cider and howling into the void, or floating naked in a quarry lake like corpses.

I completely understand the fascination in this story, and why a filmmaker would want to tackle such extraordinary material. But children killing themselves on screen is not something I think anyone wants to watch. Technically and stylistically, Rønde has created a very solid film, with an excellent lead performance from Hannah Murray. But despite an astonishingly beautiful final scene, Bridgend can’t help but feel exploitative.