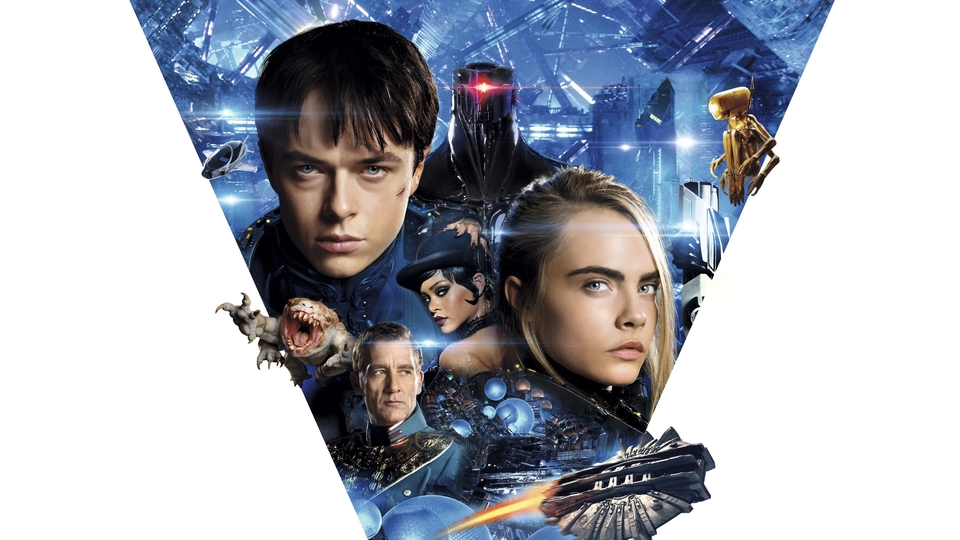 It’s been a long time coming but visionary director Luc Besson, the man behind such classics as The Fifth Element, Leon, The Transporter and Taken, has finally brought his stunning Sci-Fi vision to the big screen. It falls short of expectation when compared to The Fifth Element, but at times Valerian and the City of a Thousand Planets is a breathtaking affair that is a real testament to the traditional traits of a summer blockbuster.

Major Valerian (Dane DeHaan) and Sergeant Laureline (Cara Delevingne), would-be lovers and skilled special operatives, are tasked with investigating a threat to a galaxy-stretching space station named Alpha that houses representatives from practically every known alien species in the universe. So with the set-up neatly delivered early on in the film, the story follows Valerian and Laureline as they piece together the pieces of the puzzle, track down clues and uncover a dark secret from one species past.

The film looks fantastic, it’s breathlessly inventive and there’s plenty of potential here for sequels but there are some very weak moments in the script that linger in mind as the end credits roll. It also suffers from a finale that you can see coming from a light-year away and a lack of any real spark between the leads. I like DeHaan as an actor, but I’m not sure he was the way to go with a character that is set up for us quite robustly in the early stages of the narrative. Delevingne fairs better, but she is let down by a script that isn’t as progressive as it thinks it is. Still, it’s hugely entertaining throughout and it even has a shape-shifting jellyfish stripper in it named Bubble, played by Rihanna. What more could you want from a sci-fi?!

Speaking of support, there’s a great batch of talent on show here with Clive Owen, Kris Wu, Herbie Hancock, Sam Spruell, Sasha Luss, Aymeline Valade, Elizabeth Debicki and a scene-stealing Ethan Hawke who all deliver memorable turns. I also really like the fact that this is a magnificently diverse cast – something that Besson has always championed. Throw in a sensational starting sequence that leaves Avatar in the shade (it wishes it was this inventive) and some genuinely awe-inspiring and cleverly devised tech, and there’s a lot to savour here.

Valerian and the City of a Thousand Planets is an entertaining summer blockbuster bursting with style and invention and is certainly a step in the right direction. It’s a shame that some easy mistakes were made with the finale though, because a few tweaks here and there would have helped this gain a huge cult following and set up potential sequels in a far more satisfying way. That said, Valerian has enough about it to warrant a said sequel and I for one can’t wait to see where Luc Besson’s crazy mind takes us next with Major Valerian.