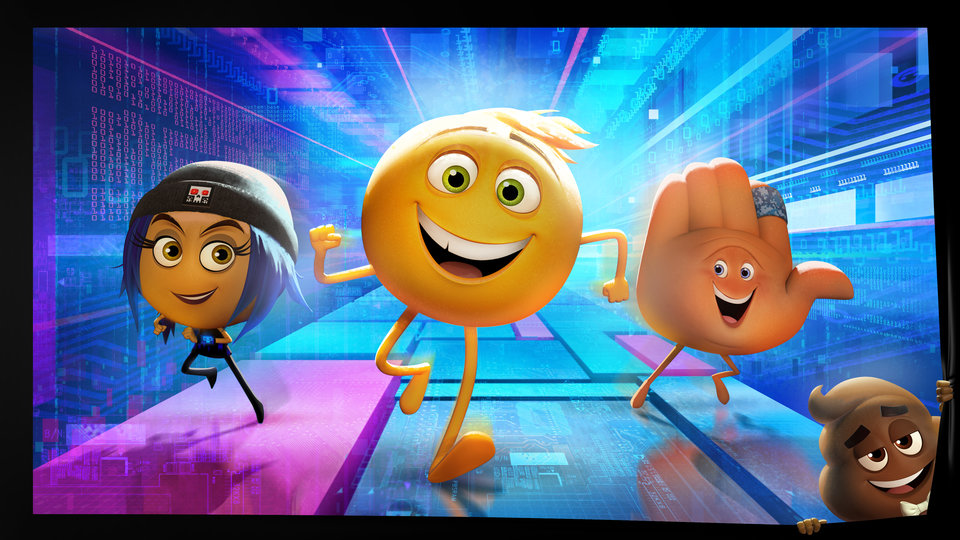 The Emoji Movie, due in UK cinemas on 4th August, has released a new trailer.

The studio has also announced that it is teaming up with the most popular apps on your phone to bring The Emoji Movie to life in a way that every mobile user will recognize.

In the movie, Gene, an emoji born with multiple expressions, teams up with his handy best friend Hi-5 and the notorious codebreaker Jailbreak on an epic adventure through the apps on a teenager’s phone. Apps featured in the film include Candy Crush Saga, Dropbox, Instagram, Just Dance®, Spotify, Twitter, and YouTube. Popular apps Crackle, Facebook, Shazam, Snapchat, and Twitch also appear in the movie.

Some apps are presented as standalone worlds of their own that come to life in thrilling ways. In the music streaming app Spotify, characters ride rushing streams made of music. In Candy Crush Saga, our heroes are trapped inside the game board and must play through the levels in order to survive.

The Emoji Movie unlocks the never-before-seen secret world inside your smartphone. Hidden within the messaging app is Textopolis, a bustling city where all your favorite emojis live, hoping to be selected by the phone’s user.

In this world, each emoji has only one facial expression – except for Gene (T.J. Miller), an exuberant emoji who was born without a filter and is bursting with multiple expressions. Determined to become “normal” like the other emojis, Gene enlists the help of his handy best friend Hi-5 (James Corden) and the notorious code breaker emoji Jailbreak (Anna Faris). Together, they embark on an epic “app-venture” through the apps on the phone, each its own wild and fun world, to find the Code that will fix Gene.