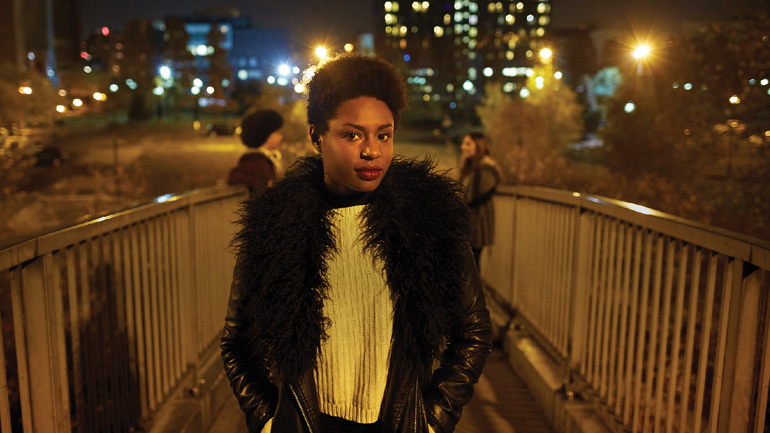 Powerful, passionate, angry and open-hearted, Ode to Leeds is an inspiring portrait of young people who care about their world and want to change it through art.

Catching the ears and eyes of Saturday afternoon shoppers, beat boxing and spoken word poems from the play were performed, tackling subjects from young masculinity to taking pride in your city. Written by distinguished Leeds writer Zodwa Nyoni, Ode to Leeds is a new play inspired by the true story of Leeds Young Authors, a real group of Leeds poets who fought their own way to an international poetry slam competition in New York in 2011, making national news.

James Brining, Artistic Director, West Yorkshire Playhouse, said: “When I heard about Leeds Young Authors’ annual trips to the US’s top slam poetry competition, I knew this was a story I wanted us to tell. Zodwa’s play takes the city we love in all of its diversity and finds in it the passion, anger and hope of youth. Its energy and vitality as well as the power of its language make this a poetic love letter to Leeds, where there are limitless stories and where its stories have no limits. Zodwa Nyoni is an exceptional talent whose rhythmic, lyrical writing makes this tale of the everyday into something epic. It inspires you to see the city anew; a moving portrayal of Leeds, language and love.”

Writer of Ode to Leeds, Zodwa Nyoni, adds: “Ode to Leeds connects where I began [poetry] with where I am now [theatre]. It’s the story of a group of young people trying to make sense of the world, who find themselves and become the voice of their city.”