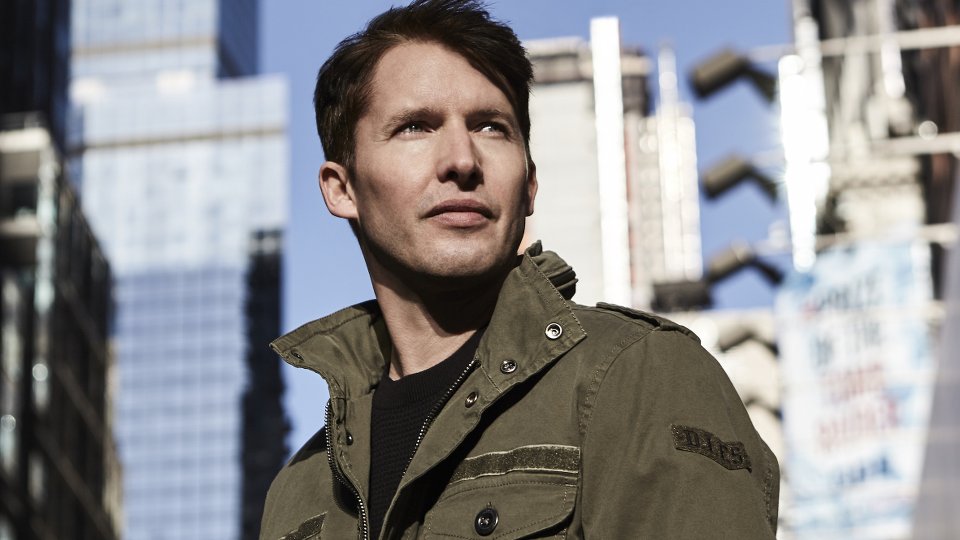 Unfairly singer-songwriter James Blunt has spent a lot of time being written off and mocked by the media since he enjoyed his breakthrough in 2004 with debut album Back to Bedlam. The huge success of that record (over 11 million and counting) opened up the floodgates for a backlash that would have ended many an artist. Blunt has concentrated on his music and defied the odds going on to have success with All the Lost Souls in 2007, Some Kind of Trouble in 2010 and Moon Landing in 2013. Now he’s back with fifth studio album The Afterlove, which was released earlier this year.

For the campaign around The Afterlove, Blunt has embraced his critics by putting his tongue firmly in his cheek and taking the piss out of himself. Leading up to the album’s release the star appeared in a series of self-deprecating adverts building on the reputation he’s built for being the King of responding to his detractors on Twitter (seriously if you don’t follow him, you really should!). Lead single Love Me Better reflects on the way Blunt has been treated in the media and was co-written by Ryan Tedder and Zach Skelton. The song retains Blunt’s essence but gives it a more rhythmic feel and a poppier sensibility.

Across the album Blunt has team up with some seriously big hitters. Ed Sheeran co-wrote the gentle ballad Make Me Better with Blunt and Snow Patrol’s Johnny McDaid, and he co-wrote the soaring Time Of Our Lives. OneRepublic’s Ryan Tedder had in a hand in several tracks and veteran songwriter and producer Steve Robson strips things back to basics on the acoustic-driven Someone Singing Along.

Bartender, the second track on the record, is one of the highlights. It features Blunt recounting a failing relationship that he attempts to put back together during a drunken encounter. Another highlight is the beat-laden Lose My Number, which incorporates an R&B feel that oddly works well. You wouldn’t necessarily put Blunt and R&B together but he pulls it off and it gives his sound a little more edge than we’ve heard before.

Elsewhere on the record layered vocals and a striking piano melody recalls Goodbye My Love on Don’t Give Me Those Eyes, California explores staccato electro-pop rhythms, and Heartbeat leans more towards folk than it does the poppier sound of much of the album.

Paradise ends the album on an optimistic note as Blunt sings about the power of love and following your heart. Lyrically it may not break new ground but in Blunt’s hands it’s an emotive and stirring end to the record.

The Afterlove is a progression for Blunt. He’s experimented with his sound without losing what makes him unique. Blunt may be musical marmite to some but I think he deserves way more credit than he ever gets. He’s a fine songwriter, a distinctive vocalist and a talented musician; The Afterlove is a perfect showcase for all of those qualities.