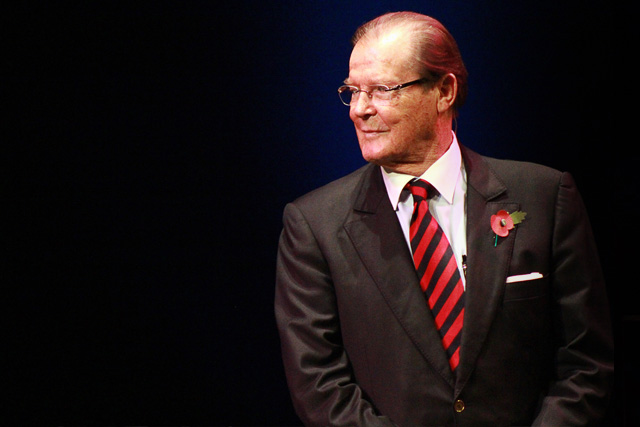 Sir Roger Moore, best known for his role as James Bond from 1973 to 1985, has died his family has announced.

The 89-year-old actor passed away in Switzerland following ‘a short but brave battle with cancer’. The news was announced in a statement posted on Twitter by Sir Roger’s children Deborah, Geoffrey and Christian.

Read the full statement below:

With the heaviest of hearts, we must share the awful news that our father, Sir Roger Moore, passed away today. We are all devastated. pic.twitter.com/6dhiA6dnVg

As well as playing James Bond, Sir Roger also found success on TV in The Saint and The Persuaders. Sir Roger became a UNICEF Goodwill Ambassador in 1991 and has been vocal about animal rights working with PETA.

Our thoughts go out to Sir Roger’s family and friends at this difficult time. He will be sorely missed.

Advertisement. Scroll to continue reading.
In this article:Roger Moore