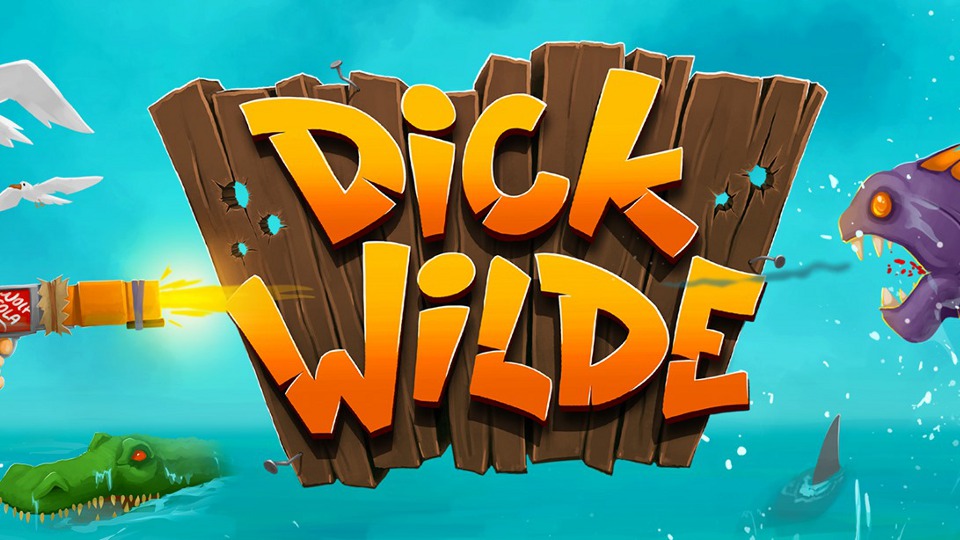 Dick Wilde presents the ultimate outdoorsman experience, if that meant mindlessly shooting waves and waves of psychotic animals. I’m not an outdoorsman so I wouldn’t know. However, it sure is fun. Developed by Danish studio Bolverk Games and published by a new London-based publisher, Playstack. The game gave me a chance to test out the new PlayStation Aim Controller, so I was eager to get shootin’.

Bolverk Games’ last outing was with ‘Kittypocalypse’, a tower defence game in which you mow down waves of cute-eyed kittens. It seems the developer has some penchant for killing cute animals. Not that there hasn’t been a precedent set, Duck Hunt comes to mind. Some might complain about the violence towards animals, but as soon as you play the game yourself and see them all as colourful cartoony game characters, any prior prejudice will melt away.

Dick Wilde is split up into nine stages, each one becoming more difficult than the last. You’ll face ten waves of enemies and then a final boss. Between each wave you’ll get the chance to heal up or choose between mines, rockets or a machine-gun turret to help you out. I found the machine-gun the most useful as it picked out those smaller, peskier enemies that evaded my vision as I dodged and ducked incoming projectiles. One thing’s for sure, you’re definitely getting a workout!

You’ll get a choice between a variety of weapons and I was pleasantly surprised by the assortment provided. Shotguns, grenade launchers, nail guns and even a bow and arrow, although I don’t see anyone getting past wave five with that thing. Every weapon has some form of alternate-fire, the shotgun for example twists at the touch of a button to become a long range rifle. It was fun to experiment with each of the weapons and find the one that I had the most success with.

I even had the chance to use the PlayStation Aim Controller, which is a double-edged sword when it comes to fighting off the waves of Mississippi swamp dwellers. When using the standard Move controllers, you’ll have access to two weapons, one for each hand. For instance, when using the shotgun, you’ll have the shotty in one hand and a trash bin lid in the other to swat away any incoming projectiles. With the Aim controller, you’ll only have access to the main gun. Although this is a clear disadvantage, you’ll have superior control and accuracy due to the two-handed nature of the peripheral. Swings and roundabouts. I guess it depends on the user, but I found more success using the Aim peripheral than the two Move controllers.

The game is punishingly difficult. Right out of the gate. I was a little taken aback because most VR games or party-like games tend to be aimed at the casual player, and therefore aren’t that difficult. Dick Wilde decides to ignore this fact and slap you in the face repeatedly with crocs, birds, dragonflies, swordfish and electric eels. I struggled past the first level, getting to wave nine and above was a true triumph, but it was mired by frustration and physical aches. I enjoy challenging games, in fact, I welcome them, but it is far too difficult early on. The first few levels should lead you into the fray and then gradually increase the pain, but the very first stage is ball-breaking. This is coming from someone who beat Father Gascoigne on his first try. I would have loved to see more of the levels, but they’re locked off unless you complete the level before, which means if you can’t beat the first stage then you’re not going to get very far.

The graphics are pleasant, and the sharp, clean art style is shown off nicely in VR. Everything is super clear and you don’t get that usual haze that comes with VR games. The hick narrator goads you into shooting the animals and fits the setting, but he spouts the same catchphrases over and over, sometimes back to back. “I don’t always kill the animals, sometimes I drug them and take them back home to experiment on.” Not the nicest image to have, especially when he’s constantly saying it every three seconds. A few other phrases are poured onto the conveyor belt and are routinely plucked out and repeated. I don’t understand why they couldn’t have written a dozen more just to stave off the monotony.

There is a four-player mode where you take turns fighting the horde and trading the VR headset between each other. It’s a cool feature, and it’s appreciated that the developers have couch co-op as VR is more commonly used with a take-turn mentality. It would have been nice to have different game modes instead of the standard Horde mode. Some form of party game where you can affect the next player with positive/negative power-ups perhaps?

Dick Wilde is slick and controls extremely well. The fun and challenging combat will spur you to improve each wave, and you’ll find yourself getting up, even after succumbing to the busting bite of that big bad ‘gator. Maybe you need to put added spice into those projectile dodges or be a little more accurate with your paintball gun. Despite this thrill, however, the game is too hard too early. Any casual player will be put off after failing the first five or six times. Without a practice mode, tutorial or easy setting, most people are going to have trouble getting through the first stage. Personally, it is one of the better VR shooting experiences. With the Aim controller I plan to triumph against all of the swamp critters, even if I have to blow them all to kingdom come.

Dick Wilde was reviewed using a digital code supplied by the publisher.