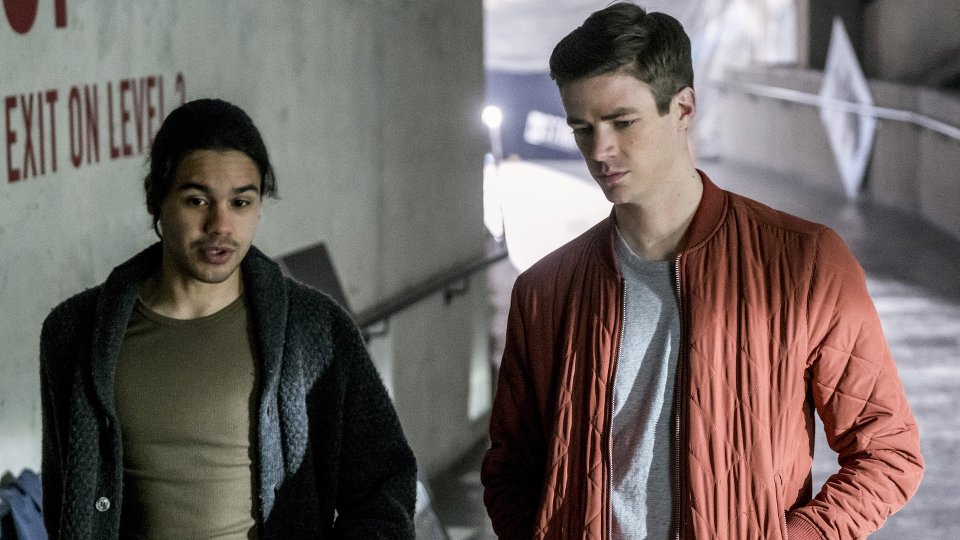 Abra Kadabra (David Dastmalchian) wreaked havoc on the latest episode of The Flash.

On a mission to steal technology so he could make a time machine, Abra Kadabra kept the team on their toes. Gypsy (Jessica Camacho) arrived in Central City to arrest Abra and get revenge on him for killing her partner.

Barry (Grant Gustin) managed to outwit Abra and lock him up in S.T.A.R. Labs. Abra taunted the team claiming to know the identity of Savitar, promising to reveal it if they let him go. Joe (Jesse L. Martin) released him but Abra didn’t keep his promise and Caitlin (Danielle Panabaker) was critically injured.

Julian (Tom Felton) performed surgery on Caitlin while she told him what to do and he managed to save her life.

With Abra on the run again, Gypsy teamed up with Barry, Wally (Keiynan Lonsdale) and Cisco (Carlos Valdes) to prevent him from travelling in time. Gypsy took Abra back to her Earth for execution.

Elsewhere in the episode Caitlin flatlined following her surgery and re-emerged as Killer Frost after Julian took off the necklace that keeps her powers at bay. Barry realised the only way to stop Savitar was to visit the future so he could save Iris’ (Candice Patton) life.

The next episode of the season is The Once and Future Flash. Barry travels to 2024 in the hope of discovering Savitar’s identity, where he encounters future versions of his Team Flash friends.