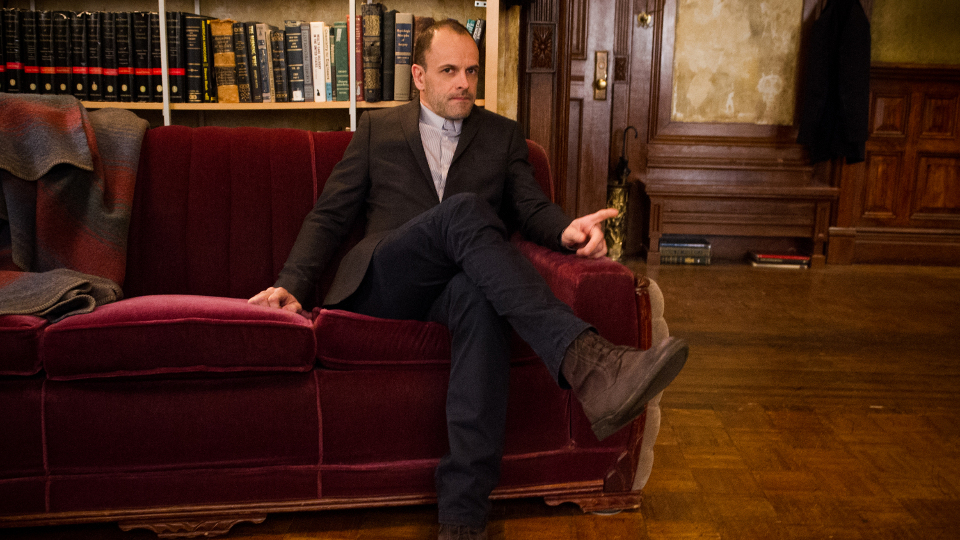 On the latest episode of Elementary, Sherlock (Jonny Lee Miller) and Watson (Lucy Liu) investigated the death of a magician killed during a performance.

He was performing was the classic catch a bullet in your teeth trick when he died. It was presumed that he died from choking but Sherlock uncovered that the bullet had been coated in a poison. A shocked Watson returned home to see Sherlock trying the trick out for himself.

The investigation took them to the magician’s apartment which Sherlock realised had been broken into. The lock had been picked recently. Evidence pointed at the magician’s ex-girlfriend who was annoyed at him for stealing tricks.

She pointed them at an illegal card game ring. This led them to discover he was using his card tricks to fleece one particular opponent. They spoke to that guy but found he had paid off the debt with information.

Things turned more mysterious when they found out the information had been stolen from his apartment. The information was clues to the identity of an author of a famed book for magicians. Following the trail they found a woman and eventually the publisher of the book. Sherlock was able to tie everything up after reading the book himself which revealed to him the killer.

Elsewhere in the episode, Detective Bell (Jon Michael Hill) found himself in trouble when a random guy falsely accused him of cutting his car up and then pulling his gun out on them. He didn’t do it but it was his word against the accuser so the complaint had to go to Internal Affairs.

Watson met with Chantal (Chasten Harmon), Marcus’s girlfriend. The interview with the accuser revealed he had a surprising amount of very specific and detailed information. If Marcus was telling the truth then there was no way the guy would no so much.

Marcus worked out that Chantal’s ex, Roy, was probably behind his predicament. He confronted Roy but it wasn’t helpful, instead he found out that Roy had found a way out of the leverage Marcus had against him. Eventually they found enough evidence to link the man with Roy. He had no option but to admit it.

At the end of the episode, Marcus went to see Chantal to give her the good news. Something seemed off when he entered her home. Inside he discovered that Chantal has been brutally attacked. Her fate will have to wait until next episode.

The next episode is Flying into a Rage, Make a Bad Landing. As Bell fights the urge to seek his own brand of justice for Chantal, Sherlock makes a heartbreaking realization about the detective’s past.

Tune in to Sky Living HD at 9pm on Tuesday to see the episode. Preview the episode with our gallery: