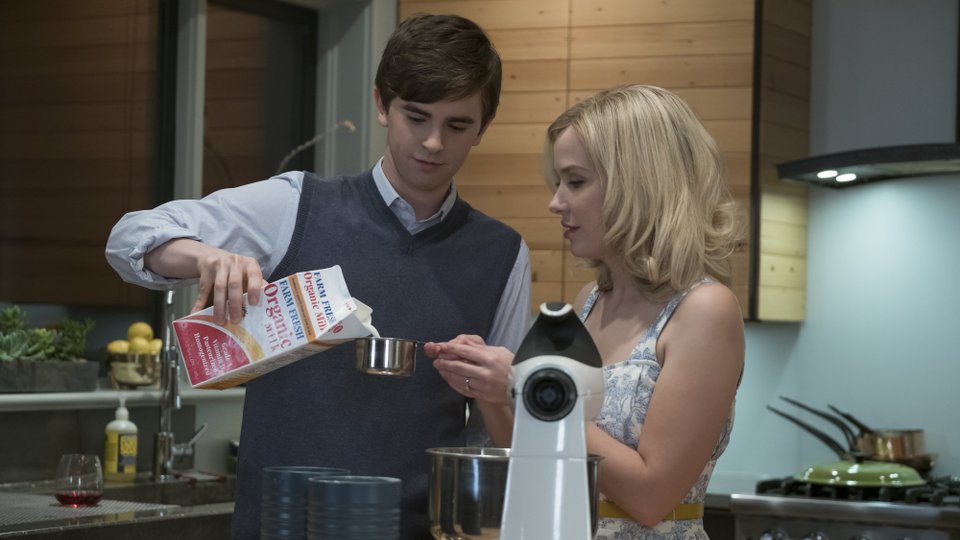 Caleb (Kenny Johnson) was chained to the basement of the Bates house after being attacked by Norman dressed as Norma. Norman, still dressed as Norma, talked to Caleb about their history and he battled not to give in to his mother’s suggestion to kill him.

Norman decided to let Caleb go but was taken over by Norma and chased him into the road. Chick (Ryan Hurst) was arriving back at the motel and hit Caleb with his car, killing him.

Elsewhere in the episode Chick took up residence in Norman’s house to write his true crime novel, Madeleine (Isabelle McNally) confided in Norman about her marriage and Romero (Nestor Carbonell) escaped from prison but was shot trying to steal a car.

The next episode of the season is Hidden. Norman learns who he can rely on as he attempts to protect his secrets. Romero struggles to find safety.

Tune in to Universal at 9pm on Tuesday to see the episode. Preview it with our gallery and the promo below: