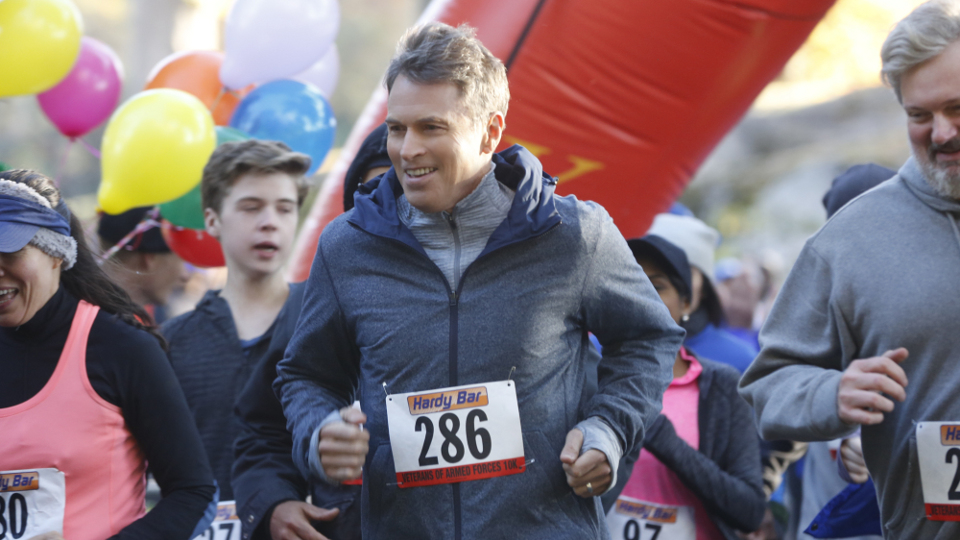 On the latest episode of Madam Secretary, Elizabeth (Téa Leoni) tried to stop Israel taking military action against Iran due to suspicions of them breaking the nuclear agreement.

Last episode, Iran refused to let the UN inspectors into their nuclear facility. The latest episode began with Nadine (Bebe Neuwirth), Jay (Sebastian Arcelus) and Matt (Geoffrey Arend) talking about getting support for sanctions against Iran. After announcing the UK’s support Matt went on a rant about how their allies should just agree. China in particular were causing a problem by not deciding.

At the McCord household, Stevie (Wallis Currie-Wood) had help getting dressed up by her sister Alison (Kathrine Herzer). Stevie had an appointment scheduled with Russell Jackson (Željko Ivanek) at the White House. She was hoping to get him to write her a recommendation letter to help her get into Harvard.

At his office, Russell was having an insanely busy time as ever. He was trying to get in touch with Henry (Tim Daly) for help getting House of Senate votes for Dalton (Keith Carradine). He refused to make time for Stevie and left her disappointed.

Russell went to see Henry and burst into his classroom unannounced. He wanted Henry to speak to an old friend who was now a Senator. Russell expected a fight so was surprised when Henry agreed.

China eventually agreed to the Iran sanctions. However, France disagreed and decided to veto them. It was because they were in the middle of a deal with Iran for planes worth billions. At the same time Israel were starting to worry more that Iran was preparing nukes to fire at them. They were considering going to war with them first but Elizabeth urged them to trust her and be patient.

Elizabeth met with Evans but he wasn’t for changing his mind. What he didn’t realise was that a mic was recording their conversation. He was caught saying that he’d say anything to win the election and that didn’t go down well in the press.

Henry met with his friend and discovered he was recently divorced. He tried to convince him to vote for Dalton but he was against the idea. He was upset over things that happened a long time ago and partly blamed Henry for his mistakes. Henry did his best to be a good friend but soon left.

The next morning a hungover Henry got a call from Russell to thank him. It seems that the Senator did change his mind and pledged his support for Dalton. Russell wanted to send over an expensive single malt whiskey as a thanks but Henry said he’d be happiest if he would meet with Stevie.

She met with Russell and he advised her against doing a law degree. He also said that if she wanted to do good she should be prepared to do bad as well. Thinking he wasn’t going to help she prepared to leave. As she did Russell told her to come back the next day for her letter.

Meanwhile, Iran agreed to stop their nuclear ambitions. A short while later an Israeli’s group shot down an Iranian plane carrying their nuclear scientists. It looks like the conflict might not be completely avoided just yet. Dalton was upset at the news.

At the end of the episode, Stevie went back to see Russell for her recommendation letter. He appeared to be acting a little strange and collapsed. The episode ended with Stevie shouting for help at his side.

The next episode is The Race. When a possible Israel-Iran war threatens the House’s vote on the US election, Elizabeth attempts to bring the two countries to the negotiation table.